12 Oct Antioxidants May Encourage Lung Cancer and Melanoma to Spread 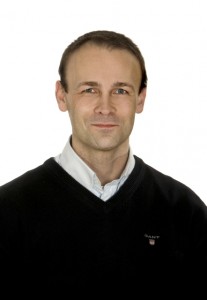 Prof. Bergo: Dietary antioxidants and antioxidant supplements can protect cells and people from harmful effects of free radicals. The free radicals have the potential, over time, to cause cancer. But why is this research field so enormously fraught with controversy, and why have clinical trials with antioxidants not established this potential anti-cancer effects? We believe it is because the question of “whether antioxidants protect against cancer” should be divided into two separate questions:

1. Do antioxidants protect a healthy cell or a tumor-free person from cancer in the future.?and

2. What is the impact of antioxidant supplementation on an already established tumor?

Focusing specifically on the second question, we showed previously that the antioxidants N-acetylcysteine and vitamin E markedly increase lung cancer progression in mice and cause human lung cancer cells to proliferate faster. The mechanism for this effect was directly linked to the ability of the antioxidants to scavenge free-radicals, which is why it is likely that other antioxidants, synthetic or natural, could have a similar effect. In the current study, we argued that it would be important to test this in malignant melanoma for three reasons.

First, melanoma cancer cells are known to be sensitive to changes in free radicals. Second, melanoma is the cancer that increases most in incidence and lethality in the western world.
And third, primary melanomas may be exposed to antioxidants from both the diet and from skin lotions and sun creams.

We found that supplementing the diet of mice with acetylcysteine has no impact on the primary tumors on the skin but doubles the rate of metastasis – i.e. the ability of the tumor cells to spread in the body. We found similar results with human malignant melanoma cells in culture: antioxidants (acetylcysteine and vitamin E) increased their ability to migrate and invade surrounding tissue. Thus, all in all, we have found that antioxidants can worsen cancer in two different ways, one in the lung, and another in the skin.

Prof. Bergo: We believe the evidence of our studies and a large number of experimental and clinical trials are now great enough that cancer patients and people with an increased risk of cancer should avoid antioxidant supplementation. Because the effects of the antioxidants on the tumor cells could be directly lead back to their free-radical scavenging activity, this recommendation should apply to several broadly used dietary antioxidants and supplements, both synthetic and natural.

Prof. Bergo: The study raised many new questions. Would antioxidant administration directly onto the melanoma on the skin affect their metastasis? Can we via retrospective epidemiological studies determine whether antioxidant supplement-use in melanoma patients affected their prognosis or survival?