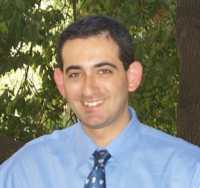 Response: The background is that advanced forms of systemic mastocytosis, which are blood cancers characterized by accumulation of abnormal mast cells in the bone marrow and additional organs, represent a group of orphan diseases with a large unmet need. Approximately 90% of patients harbor the acquired KIT D816V mutation, a mutated receptor tyrosine kinase on the surface of mast cells which a primary driver of disease pathogenesis. Only 1 drug is approved for patients with one form of advanced systemic mastocytosis, termed ‘aggressive systemic mastocytosis, or ‘ASM’. This therapy is imatinib (Gleevec), but it is only approved for patients without the KIT D816V mutation, or with KIT mutation status unknown because the KIT D816V mutation is resistant to imatinib. Therefore, this drug may only be useful for approximately 10% of patients. Other drugs that have been used off-label for systemic mastocytosis (but are not approved for this indication) include interferon-alpha or cladribine, which show some activity, but their evaluation to date has been primarily limited to small case series which are usually retrospective in nature, and include mixed populations of systemic mastocytosis patients who have both early stage disease without organ damage (e.g. indolent systemic mastocytosis) and and advanced stage patients, as included in this trial, who have one or more findings of organ damage. Also, those trials employed differing response criteria and no central adjudication of eligibility and response assessments was undertaken.

Response: Based on these cell line data, we subsequently, we treated a patient with very advanced mast cell leukemia who was near death with midostaurin on a compassionate use basis in 2005. The patient had an encouraging partial response with improvement of liver organ damage and percentage of mast cells in the blood, and significant improvement of improvement in performance status (Gotlib et al, Blood 2005). The response lasted for a few months. These findings led us to conduct an investigator-initiated trial at Stanford with additional sites at Dana Farber Cancer Institute and Washington University in St. Louis. This trial of 26 patients with advanced systemic mastocytosis demonstrated an overall response rate of 69% in eliciting partial or complete resolution of organ damage related to mast cell disease. We also saw significant reductions in the percentage of mast cells in the bone marrow, and serum tryptase levels, a blood test which is a surrogate marker of mast cell disease burden. Together, these promising pre-clinical and clinical findings led us to conduct the current international trial of midostaurin in patients with advanced systemic mastocytosis. The current trial is the largest and longest running prospective trial of any treatment in advanced systemic mastocytosis, and the first to have a central study steering committee that adjudicated patients eligibility, histopathology, and response assessments.

In addition, among 39 patients who had post-baseline assessments of spleen volume by CT or MRI, 30 (77%) had reductions in the size of the spleen. Increased spleen size (referred to as splenomegaly) is a common feature feature of advanced SM that often causes abdominal discomfort, decreased appetite, and weight loss. Also, responses were durable: the median duration of response was slightly more than 2 years.

3) Midostaurin showed clinical activity in the most advanced form of systemic mastocytosis, mast cell leukemia. 8 of 16 (50%) patients with this highly fatal variant of SM responded. Historically, the survival of such patients is typically less than 6 months. The median survival of all mast cell leukemia patients was 9.4 months, and the median overall survival of responders had not been reached by the time of trial data cutoff date.

4) Improvement in symptoms and quality of life. Patient-reported outcome instruments evaluating symptoms and quality of life were incorporated into the study. With the exception of nausea and vomiting (known side effects associated with the tolerability profile of the drug), patients reported improvement in 30 of 32 symptoms with midostaurin compared to their baseline symptom scores.

6) Side effects. The major side effects of midostaurin are low-grade gastrointestinal symptoms such as nausea, vomiting, and diarrhea. These were usually manageable when anti-nausea medicines were given, and when midostaurin was administered with meals.

Response: This study provides a proof of principle of the activity of midostaurin in advanced  systemic mastocytosis. It also validates the principle that inhibition of KIT D816V, a major driver of disease pathogenesis, is a viable therapeutic strategy in SM. However, since midostaurin is a multikinase inhibitor, other mechanisms of action cannot be ruled out. Future research should be aimed at evaluating midostaurin in earlier stage disease, that is, in indolent systemic mastocytosis patients who have refractory mediator symptoms not responsive to treatments such as antihistamines, leukotriene antagonists, mast cell stabilizers, or other anti-mediator therapies. Although such patients do not have organ damage, their symptom burden can be very high. Midostaurin demonstrated in the current study that it is very effective in mitigating mast cell disease symptoms and improving quality of life. Dr. Hanneke Kluin-Nelemans of the Netherlands has initiated such a study. In advanced systemic mastocytosis, combining midostaurin with agents with activity in SM, such as cladribine, merit evaluation. Also, it will be important to evaluate midostaurin in the pre- and post- stem cell transplantation setting to improve response rates and long-term survival.

Citation: Efficacy and Safety of Midostaurin in Advanced Systemic Mastocytosis