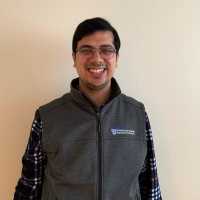 Response: Accelerated approval pathway from the FDA allows cancer drugs to come to market sooner by showing improvement in surrogate measures such as change in tumor size. Surrogate measures do not reflect clinical benefit in terms of living longer or feeling better. So, when a drug receives accelerated approval, the drug is required to undergo a confirmatory trial to confirm that true clinical benefit from the drug actually exists.

Response: Only 20% of cancer drugs approved using accelerated approval pathway have proven benefits in overall survival in a confirmatory trial. Even when the trials are called confirmatory, usually they just confirm effect on surrogate measures and do not confirm actual clinical benefit. Sometimes, when the drug fails in confirmatory trial, appropriate actions to withdraw the drug from the market are rarely taken.

Response: We have policy recommendations rather than research recommendations from our study. We recommend that the success of accelerated approval pathway lies in the fact that confirmatory studies are duly conducted in time, and use clinical endpoints such as overall survival or quality of life to actually confirm benefit rather than test another surrogate measure. When drugs fail in confirmatory studies, quick and decisive steps must be taken to withdraw the drug from the market to prevent undue harm from unhelpful drugs. That is how accelerated approval pathway is supposed to function keeping patient benefits at the center of the agenda.

Response: In a different paper from last year, we provide 3 suggestions to reinforce the social compromise of AA: https://www.nature.com/articles/s41571-018-0066-3

We have no financial conflicts to disclose. Other disclosures are as mentioned in the paper.