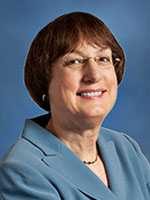 Dr. Davidson discusses the 2016 AACR Cancer Progress Report. “The report serves as an educational document for both Congress and the public, alike. The report is a call to action, designed to urge Congress and the American public to stand firm in their commitment to the conquest of cancer”.

MedicalResearch.com: What is the background and goals for this report?

MedicalResearch.com: How has the current cancer situation changed over time?

MedicalResearch.com: What are the main types of cancer in the United States? Has this changed over the last decade?
Dr. Davidson:

MedicalResearch.com: What are some of the challenges facing cancer researchers?

Dr. Davidson:
• Cancer is a disease of aging: 55% of U.S. cancer diagnoses occur among those age 65 or older.
• The segment of the U.S. population age 65 and older is growing: it was 46.3 million in 2014 and is expected to increase to 61.6 million by 2030.
• Advances have not been uniform for all forms of cancer. For example, overall 5-year relative survival rates for women with invasive breast cancer and men with prostate cancer are 89 percent and 99 percent, respectively, while those for U.S. adults with liver or pancreatic cancer are just 17 percent and 7 percent, respectively.

MedicalResearch.com: Are there ethnic, social or racial disparities in cancer diagnosis and treatment?
Dr. Davidson:
• Not all segments of the U.S. population have benefited equally from the great strides that have been made in cancer prevention, detection, diagnosis, and treatment.
• As a result, differences that should not exist in cancer incidence, prevalence, death, survivorship, and burden of cancer exist among certain segments of the U.S. population.

These are referred to as cancer health disparities.

Some examples of cancer health disparities are:

MedicalResearch.com: Is there anything else you would like to add?
Dr. Davidson:
• Federal funding through the NIH and NCI is the lifeblood of biomedical research and forms the foundation upon which the majority of scientific and medical discoveries are made.
• A strong federal investment in cancer research is good, both for our nation’s health and our economy: It is estimated that every dollar invested in the NIH yields $2.21 in local economic growth.
• Even though members of the U.S. House and Senate came together to agree to a $2 billion increase in the National Institutes of Health (NIH) budget for fiscal year 2016, this came after the biomedical research community had faced more than a decade of stagnant federal investments in the NIH and NCI.
• Thus, the AACR urges Congress and the Administration to ensure that the NIH, NCI, and U.S. Food and Drug Administration (FDA) receive robust, sustained, and predictable budget increases each year and that the National Cancer Moonshot Initiative is strongly supported with the new funds required to ensure its success. In addition, elected leaders must readjust the current discretionary budget caps upward to allow for healthy and lasting growth in the annual funding levels for the NIH, NCI, and FDA.