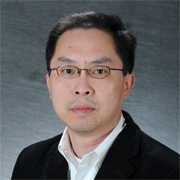 Response: There are health disparities when it comes to prostate cancer. The African American population, in general, has a higher prostate cancer incidence and mortality rate compared to other racial groups such as European Americans. A major reason for this disparity is due to socioeconomic factors such as access to health care. There are also biological influences for the disparities, such as specific gene mutations and genetic polymorphisms that are found at a higher incidence in the African American population.

Response: There is a complex interaction between socioeconomic and biological factors at ‘play’, resulting in cancer health disparities. We have identified RNA splicing as an additional biological component. Differences in RNA splicing between patients appears to have a significant impact on tumor aggressiveness and therapeutic responsiveness.

Response: In the age of precision medicine, our study also illustrates the importance of knowing beforehand, not only existing mutations, but also the mRNA variants in the tumor. Protein isoforms encoded by specific splice variants can lead to tumors that are unresponsive to the currently available targeted therapies. This is a mechanism for drug resistance that needs to be fully investigated as it pertains to cancer therapy development. In terms of future directions, we are applying our findings in African American prostate cancer to other cancers, specifically we are looking at whether or not some of the novel mRNA variants discovered in African American prostate cancer may also play a role in resistance to targeted therapies in other types of cancers, such as non-Hodgkin Lymphoma.