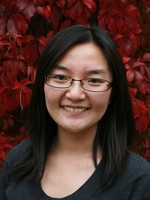 Dr. Wang: Cervical screening has been proved to effectively suppress the occurrence of cervical cancer, since it detects not only cervical cancer at early stages, but also precursor lesions that can be treated before progressing to invasive cancers. However, cervical screening has mainly reduced the occurrence of squamous cell cervical cancer, the most common type of invasive cervical cancer, but not adenocarcinoma of the cervix which originates from glandular cells. Although there is a well-known connection between adenocarcinoma in situ and invasive adenocarcinoma, questions remain on the magnitude of the cancer risk after detection of the glandular intraepithelial lesion-atypical glandular cells (AGC). We also wanted to study whether the current clinical management after detection of glandular abnormalities reduced the cancer risk as much as the standard management for squamous intraepithelial lesions does.

Our findings show that 2.6% of women with intraepithelial lesion-atypical glandular cells as the first abnormality developed invasive cervical cancer after 15 years of follow up and 74% of the cancers were adenocarcinoma. A moderately high proportion of women with AGC had prevalent cancer (diagnosed within 6 months from AGC), while there was considerably high incidence of cervical cancer within 0.5-6.5 years after a detection of AGC. The incidence of cervical cancer following AGC was significantly higher than for high-grade squamous intraepithelial lesions, and this increased risk remained even after having histology assessment in the initial half year.

Dr. Wang: Clinicians should be aware of the increased risk of cervical cancer following intraepithelial lesion-atypical glandular cells, and pay more attention on assessing and following women with AGC in order to find and treat precursor lesions or early staged cervical cancer. However, patients with AGC in screening do not need to be over-worried, as the great majority will not develop cancers.

Dr. Wang: The stage of cervical cancer found following intraepithelial lesion-atypical glandular cells could be assessed to evaluate the effect of the clinical management. The optimal clinical management for AGC to suppress the cancer risk should be further investigated.

Dr. Wang: According to previous publications, testing for Human Papillomavirus (HPV) infection in cervical screening can help stratify women with high and low risk of cervical cancer following AGC1. It can confine the number of women being intensely assessed or followed up after the detection of intraepithelial lesion-atypical glandular cells, without losing the real high risk group.