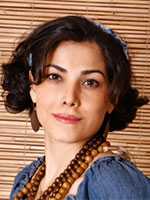 Dr. Johnson: Public health research is primarily focused on neighborhood poverty and racial disparities by illustrating differences between white and black individuals or communities. For example, it has been established that African Americans have higher cancer mortality rates and are less likely to receive appropriate treatment that whites. What we wanted to know in this study was the impact of living in segregated areas apart from other area level characteristics such as poverty or education. Instead of solely looking at health disparities between whites and black patients, our study focused on differences in survival among black patients with early stage Non-Small Cell Lung Cancer (NSCLC) living in different levels of neighborhood segregation.

MedicalResearch.com: Wh\What are the main findings?

Response: This study has more implications for community level interventions and public policy to address the underlying factors, such as racial segregation, that contribute to health disparities. Reducing such disparities would improve patient outcome particularly for minority patients.

Dr. Johnson: It is becoming more common to control for area level poverty in cancer disparity research. We recommend the use of other neighborhood characteristics, including segregation; as a common practice in cancer studies to elucidate the different social aspects of cancer care disparity. It is important to communicate to lung cancer patients that with utilization of post-cancer care regimens the chance of survival increases. However, we need to realize when structural barriers exist for black patients, they may not be able to utilize such care. The combination of poverty and segregation likely restricts access to quality medical care. Many health disparities are likely a product of structural disparities in the U.S. with deep roots in social and political systems. Conversation, action and political commitment are necessary and should continue on how to remove such barriers and improve the overall conditions for those living in racially segregated areas.

Dr. Johnson: The study should be considered within its limitations. It is important to keep in mind that most variables of this study are area level, not individual level variables. Additionally, we did not have data on the cause of death. This was an important limitation of this study. Also, there are multiple ways of measuring segregation, all of which have some advantages and disadvantages.