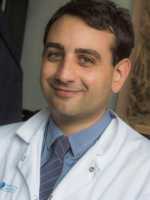 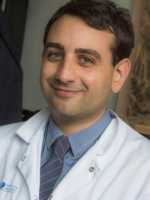 Response: The drug-induced long QT syndrome (diLQTS) is a problem for clinicians balancing risk and benefits across multiple therapeutic areas, and for pharmaceutical scientists and regulators evaluating new drug candidates. The prevalent view is that block of a specific ion current, the rapid component of the cardiac delayed rectifier (IKr), is the common mechanism predisposing to diLQTS across drug classes and that patients with mutations in ion channel genes are at especially increased risk. In the very extreme form of diLQTS, a specific form of ventricular arrhythmia potentially lethal, called Torsade de Pointes, can occur. All IKr blocking drugs do not confer the same Torsade de Pointes risk; the risk with antiarrhythmics such as sotalol or dofetilide can be 1-2%, while the risk with IKr-blocking antibiotics such as moxifloxacin is much lower, <1/20,000.

Women are at higher risk of diLQTS than men. Androgens are protective. Influence of hormonal contraception on diTdP and QT prolongation is controversial

MedicalResearch.com: Were you surprised by the study findings, why or why not?

Response: We were not really surprised because the influence of testosterone (the main androgenic hormone) to shorten the duration of cardiac repolarization was already known. We wanted to see if this effect was also present with contraceptive pills with various androgenic-like activities.

MedicalResearch.com: Can you explain what exactly is “sotalol-induced QTc prolongation”?

Response: After each heartbeat, the heart recovers to normal. This phenomenon is called ventricular repolarization and can be assessed on the electrocardiogram by measuring the duration of a parameter called QT interval. This QT interval is influenced by many factors one of them being heart rate. QT interval is therefore corrected for the heart rate observed at the time of its measurement (QTc). Sotalol is one of several drugs given to prolong ventricular repolarization, and hence QTc, as a mean to prevent the recurrence of some disturbances of heart beats. These disturbances are called arrhythmias. However, drugs which prolong QTc can also provoke a very rare arrhythmia which can cause cardiac arrest or the heart to stops. Only rare susceptible patients are at risk of having this drug-induced arrhythmia and most patients who receive sotalol and have prolonged QTc are doing well.

MedicalResearch.com: What were the drug-induced alterations in “ventricular repolarization” seen among the women?

Response: The alterations of ventricular repolarization were those expected with sotalol: prolongation of QTc interval and changes is the morphology of the T-wave which is part of the QT interval. What we found is that the extent of QTc prolongation and T-wave morphological changes caused by sotalol was greater in women who were receiving the anti-androgenic contraceptive pill drospirenone compared with levonorgestrel. This is in line with the known effect of androgens to shorten ventricular repolarization in men but it was not known to be influenced by the progestin androgenic activity of oral contraceptives in women.

MedicalResearch.com: What new information does this study provide to the scientific literature on oral contraceptives?

Response: We did not show that oral contraceptives influence ventricular repolarization. This was not the purpose of the study. Our study, with its limitations, suggests that the type of oral contraceptive can influence the effects of drugs such as sotalol which prolong QTc. Drospirenone, an oral contraceptive with antiandrogenic properties, was associated with greater drug-induced QTc prolongation than levonorgestrel, an oral contraceptive with androgenic activity. Whether this is associated with a greater risk of provoking arrhythmias with antiandrogenic pills is not proven although there are indirect indications from an analysis of the European pharmacovigilance database, that this might be the case. Additional studies need to be performed to better assess this risk.

MedicalResearch.com: What were some limitations of the study?

Response: The type of oral contraceptive taken by women participating in the study was prescribed by their physician and women receiving different oral contraceptives may have differed in their response to sotalol for other reasons. In other words, oral contraceptives were not administered by chance to the women (the study was not randomized but observational) and this is not the most robust method to examine the influence drugs in general. Also, the level of the natural sex hormones in the blood of the study participants was not measured and it may have influenced QTc interval

MedicalResearch.com: Why is this study important?

Response: In spite of its limitations, our study prompts for a more thorough assessment of the influence of progestin androgenic activity of oral contraceptives on drug-induced QTc interval prolongation and the risk of associated arrhythmias. It also emphasizes the importance of androgens as a factor limiting the risk of QTc prolongation in patients receiving drugs which prolong ventricular repolarization.