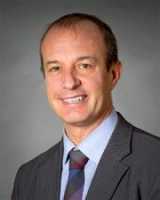 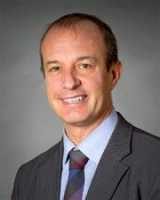 Response: Hospitalised medically ill patients have a significant risk of developing venous thromboembolism (VTE) within 6 weeks after discharge. The role of extended thromboprophylaxis in this population with either low molecular weight heparin or the direct oral anticoagulants remains uncertain, as it has shown either excess bleeding or beneficial effects mainly from reducing asymptomatic deep vein thrombosis (DVT).

The MARINER trial was designed to compare rivaroxaban with placebo for the prevention of the composite outcome of symptomatic VTE and VTE-related death in medically ill patients at increased risk of VTE post-hospital discharge. The principal safety objective was major bleeding.

The trial was a randomized, double-blind, placebo-controlled, event-driven study that included a total of 12,024 patients aged ≥40 years who had been hospitalised with an acute medical illness for 3-10 consecutive days and had additional VTE risk factors as defined by the modified IMPROVE VTE risk score of ≥4 or a score of 2 or 3 plus a plasma D-dimer level more than twice the upper limit of normal). The rivaroxaban regimen consisted of 10 mg once daily in patients with a creatinine clearance (CrCl) of >=50ml/min or 7.5 mg for patients with a CrCl of 30 to <50 ml/min. The first dose was given on the day of discharge and the last dose at Day 45. Patients were followed up for an additional 30 days. Baseline characteristics were well matched between groups and typical of a medically ill population.

Response: The results showed that symptomatic VTE and VTE-related death up to Day 45 occurred in 66 patients receiving placebo versus 50 patients receiving rivaroxaban, representing a 24% relative risk reduction or a 0.27% absolute risk reduction (Hazard Ratio , 0.76; 95% Confidence Interval (CI), 0.52 to 1.09; P = .136). There appeared to be no effect on VTE-related death (HR 0.93, 95% CI 0.62 to 1.42). In addition, a higher incidence of the primary efficacy outcome was seen in patients with moderate renal impairment receiving 7.5 mg rivaroxaban than the rest of the trial population (1.64% vs 0.98%), however there appeared to be no treatment effect of the reduced dose of rivaroxaban on this risk.

Exploratory, prespecified secondary outcomes showed a nominally significant 56% reduction in symptomatic VTE (p=0.023) and a 27% reduction in the composite of symptomatic VTE and all-cause mortality (p=0.033) with rivaroxaban. Major bleeding was low and not significantly different in both groups (0.28% for rivaroxaban and 0.15% for placebo; HR, 1.88; 95% CI, 0.84 to 4.23; P = .124). There were very few critical site and fatal bleeds.

Response: Rivaroxaban in this trial did not significantly reduce the composite of symptomatic VTE and VTE-related death in at-risk medically ill patients post-discharge. The observation that there appeared to be no effect with rivaroxaban on VTE-related death raises the question on whether the definition used in the trial (which included sudden and unexplained death) was specific enough to capture true thrombotic related causes of death.

The number of major bleeding events with rivaroxaban was low, with no significant increase in major, critical or fatal bleeding. These differences in risk suggest that the number needed-to-treat (NNT) to prevent one symptomatic VTE is 430 while the number-needed-to-harm (NNH) to cause one major bleed is 856, suggesting a populational health benefit of rivaroxaban in approximately 25-30% of medically ill patients that fit the criteria for this study.

Response: Future studies should more accurately identify deaths caused by thrombotic mechanisms and focus on the patients who are at highest risk of thrombosis that may benefit from anticoagulant prophylaxis. There appears to be no future for the reduced dose of rivaroxaban (7.5mg) used in this study.