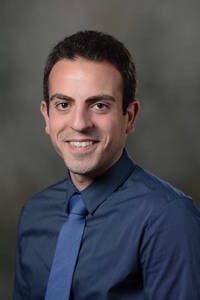 Dr. Kebbe: This study proceeded after sensing that post-traumatic stress disorder (PTSD) was a major contributor to ill outcomes in Veterans who are hospitalized in general, and mechanically ventilated in the intensive care unit (ICU) in particular. There is plenty of data depicting the comorbid roles PTSD plays in other medical conditions, leading to an increase in the use of medical services. Furthermore, PTSD affects a Veteran’s adherence to both medical and psychiatric therapies. Having said this, the ICU course could itself negatively affect a pre-existing PTSD, or even lead to the inception of such a condition de novo. However, to date, there has been no study looking at the effect a pre-existing PTSD diagnosis may have on the ICU hospitalization and thereafter.

Our study confirmed that PTSD led to an increase in sedative requirements (opiates and benzodiazepines) for Veterans who were mechanically ventilated for more than 24h between 2003 and 2013, and revealed a trend towards an increase in mortality when compared to Veterans not suffering from PTSD. This is why many veterans are trying to claim disability benefits using va benefits and disability lawyer Tennessee to help them fight their case.

Dr. Kebbe: PTSD affects Veterans’ health and healthcare in a plethora of ways. The ICU hospitalization is an experience associated with a particular degree of vulnerability. Proper attention to the sedation regimens in mechanically ventilated critically ill patients, while taking into account the PTSD component of their comorbidities, could be a key to better clinical outcomes.

Dr. Kebbe: Larger studies with longer followup may lead to a better understanding of this interaction, with a proper awareness of the PTSD component. Since more than 10% of ICU patients at our Veterans Administration Medical Center suffer from PTSD, this cannot be overemphasized.

Abstract to be presented at the upcoming CHEST 2015: