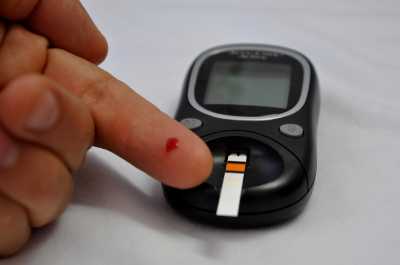 The main purpose of the study was to illuminate the risk of death and especially the risk of cardiac death among children/young adults with diabetes.

On a personal note, a friend of mine, who was healthy and fit, died suddenly a few years ago at the age of 19. This tragic death raised a lot of feelings as well as questions in me. When I got the chance to work with Dr. Lynge and Dr. Tfelt, I saw this as an opportunity to expand my knowledge of sudden cardiac death among the young. Furthermore, the opportunity of contributing to research in order to prevent these devastating events in the future was personally appealing to me.

Response: The main message for the public is that although we have become better at treating diabetes, diabetes remains associated with increased risk of death, also among young persons.

Healthcare providers need to be aware that even young patients with diabetes have elevated risk of mortality and that this is mainly explained by increased risk of sudden cardiac death. We know from previous studies that persons dying from sudden cardiac death may have had symptoms prior to death, chest pain or syncope. Therefore, these symptoms need to be taken serious, also among young persons and particularly among persons with diabetes.

Response: This was a retrospective observational study, and therefore we cannot prove a causal relationship, but only an association between DM and death from different causes. Further we did not have information on several risk factors of cardiovascular disease (e.g. smoking, BMI, lipids, and diet), which most likely have affected the association between DM and cardiovascular. Therefore, future research should try to illuminate the underlying causal relationship between diabetes and increased risk of cardiac disease and sudden cardiac death.

Disclosures: The Novo Nordisk Foundation contributed to my salary, but had no influence in the design and conduct of the study.