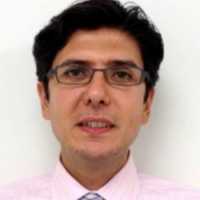 Response: A lot has changed in the US over the past 15 years including aging, population growth, and increased exposure to risk factors such as obesity, elevated blood pressure, etc. With all of these changes, we wondered, how did the burden of kidney disease change in the United States over the past 15 years.

MedicalResearch.com: What are the main finding?

Response: The main findings were that burden of kidney disease has increased significantly, by more than 50% and the increase was variable among states where some states had double the increase seen in others. In 2016 there were 2 million of years of healthy life lost and 83 thousand deaths due to CKD.

Most alarmingly, we found that the probability of death due to kidney disease increased by 26.8% even among the population aged 20-54 years old and this was primarily driven by CKD due to diabetes.

One other take away is that burden of CKD has increased at a much faster rate than other non-communicable diseases. This is in large part a testament to the significant improvement in burden of cardiovascular disease, and cancer where significant breakthrough in early identification of disease, and successful therapies led to a remarkable reduction in burden. Progress in treatment of CKD has been relatively stagnant and as a result the rate of change in burden now outpaces all other non-communicable diseases.

Response: Effort need to be devoted to stimulate progress in identifying therapies for CKD. Public health priorities, policy initiatives, funding allocation, advocacy effort need to catch up to this reality that burden of CKD is rising, and the speed of change now outpaces other non communicable diseases. A concerted effort should be made to put the brakes on this.