21 Jul Erectile Dysfunction Should Be a Marker For Diabetes 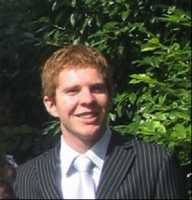 In addition,  advancing age, duration of diabetes, poor glycaemic control, hypertension, hyperlipidaemia, sedentary lifestyle, smoking and the presence of other diabetic complications are associated with diabetes related erectile dysfunction and, thus, have to be particularly considered in patients with erectile dysfunction.

Finally, considering the association between depressive symptoms and erectile dysfunction, especially in diabetic patients, it is mandatory that the management should involve a multidisciplinary approach in which psychosexual counseling and specialist andrologist/urologist advice is required in addition to the skills and expertise of the specialist in metabolic diseases and to the traditional pharmacological therapy.

Response: Our analysis shows large differences in the reported prevalence of erectile dysfunction from approximately 35% to 80%, which might be due to differences in methodology and population characteristics. We hope that with international consensus we will come to standardization and harmonization of studies.