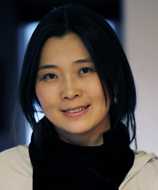 Dr. Zhang: Hypertension is one of the most prevalent and preventable risk factors for cardiovascular and kidney diseases, and is one of the leading causes of death in the United States.

We have previously reported that the cumulative incidence of hypertension for women with a history of gestational diabetes mellitus (GDM) was 26% higher than those who did not have GDM even 16 years after the index pregnancy. Thus, women with a history of GDM represent a high-risk population for hypertension that could benefit from early prevention. While there is extensive literature on how lifestyle factors may influence blood pressure in the general population, no information is currently available on the role of diet and lifestyle in the development of hypertension specifically in this susceptible population. To address these gaps, we prospectively examined the associations between long-term adherence to three healthy diets with subsequent risk of hypertension among women with a history of gestational diabetes mellitus, specifically the DASH diet, the alternative Mediterranean diet (aMED), and the Alternative Healthy Eating Index (AHEI).

Dr. Zhang: We observed an inverse association between adherence to healthful dietary patterns, AHEI, DASH or Mediterranean diet, and risk of hypertension later in life. Comparing extreme categories, women consuming a higher quality diet after gestational diabetes mellitus had on average a 20% lower risk of subsequent hypertension. Increase in BMI explained around 20-30% of the association between healthful dietary patterns and hypertension.

Dr. Zhang: Encourage women who had gestational diabetes mellitus in pregnancy to adapt healthy diet after the index pregnancy.