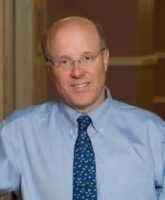 Response: Diabetes results ultimately from an inadequate number of insulin-producing “beta” cell in the pancreas.  Ideally, these would regenerate when they are lost or damaged, but unfortunately inducing them to regenerate or proliferate has proven impossible until recently.

In 2015 and others we identified the first class of drugs – the harmine analogues – that are able to induce human beta cells to proliferate.  In this study, we wanted to identify additional pathways that can lead to human beta cell proliferation at higher rates than we had been able to induce with harmine.   For this we turned to a rare type of benign (i.e., not malignant, not cancer) tumor of the beta cells in the pancreas called “insulinomas”. These tiny tumors overproduce insulin and cause hypoglycemia (low blood glucose) which in turn causes seizures, loss of consciousness and confusion.  Once they are discovered, then can easily be removed via laparoscopic surgery, and the person is cured.  Since they are so rare, and since they are benign and easily cured, insulinomas have not been included in large genome sequencing studies of patients wit cancer.  However, we reasoned that they must hold the genomic recipe or wiring diagram for inducing human beta cells to replicate, so we perfumed next-generation DNA and RNA sequencing on a large series (38) of insulinomas.

Response: We found that essentially every insulinoma displayed a different  panel of mutated genes. This was initially confusing, until we realized that most of the mutated genes were members of a common gene family that decides whether genes and DNA are open and available or not. We were able to identify novel control mechanisms that decide if a beta cell should proliferate or not.  Most importantly, we found not one, but several “genomic recipes” or “wiring diagrams” that can serve as roadmaps for new drug development.  Indeed, one target is the previously identified target of the harmine family.  This validates the original premise that insulinomas can serve as a genomic data mine for diabetes drug discovery and has proved several leads already.

Response: Human beta cells can be ended to expand with novel drugs in people with diabetes, and we now have a rich data mine to reveal candidate drug targets.

Response: Since each of the insulinomas had a different set of mutations, we need to further expand the genomic models to support existing druggable pathways and identify even more novel ones.  Also, since these beta cell regenerative drugs can have effects on many tissues, the diabetes field now badly needs ways to target molecules such as the harmine family specifically to the pancreatic beta cell.  These efforts are in progress in many groups around the world.

Disclosures: This was a multicellular enter collaborative study and each of the 29 authors made large contributions.  It was co-led by Drs. Carmen Argmann, Bojan Losic and Eric Schadt and Dr. Andrew Stewart.  The first authors are two graduate students at Mount Sinai, Huan J. Wang and Aaron Bender. The lead center was the Icahn School of Medicine at Mount Sinai in New York City, including the Diabetes Obesity Metabolism Institue and the Institute for Genomics and Multiscale Biology, as well as sema4 Diagnostics, associated with Mount Sinai.

This was a large study with contributions from many surgeons and pathologists who donated insulinomas. We are eager to identify new sources of insulinomas to expand the work.

The work was supported by the Foundation for Diabetes Research in New Jersey, and by the National Institutes of Health.