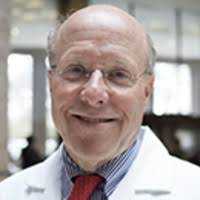 Response: Both common forms of diabetes result from reductions in the numbers of healthy insulin-producing beta cells in the pancreas. Having said that, people with both T1D and T2D almost always have residual beta cells. One way to approach this problem is by pancreas or islet transplant, or stem cell transplant approaches. These cannot easily or economically be scaled to the 30 million people in the US and the 420 million in the world with diabetes.

Therefore, our approach is to develop drugs that can make the remaining beta cells regenerate and re-fill the beta cell tank.

MedicalResearch.com: What are the two drugs used to induce regeneration?

Response: One drug is harmine. We discovered harmine in 2015. It was the first drug that is able to make human beta cells regenerate. Since then, several other groups also have shown that other drugs related to harmine can make human beta cell proliferate. While this was important progress, the rates of proliferation achieved were low (~2% per day). In addition, the target of harmine – an enzyme called DYRK1A – is present in many tissues, suggesting that harmine treatment may have adverse effects on cells other than beta cells.

Therefore, we looked for other more beta cell-specific drugs that might partner with harmine to boost proliferation to higher levels, while at the same time providing enhanced beta cell specificity. This led us to explore the second class of drugs, called GLP1 receptor agonists (GLP1RA’s) many of which are currently approved for use in T2D, exemplified by exenatide, liraglutide, lixisenatide, semaglutide. Remarkably, although each of these drugs is unable to induce human beta cells to replicate, when used in conjunction with harmine, or other DYRK1A inhibitors they all are converted into potent beta cell regenerative drugs, with proliferation rates averaging 5-8% and in some cases as high as 20%. This is likely more than enough proliferation to reverse both T1D and T2D.

MedicalResearch.com: Can these drugs affect other organs and potentially be tumorgenic?

Response: As noted above, the enzyme DYRK1A is present in many tissues in the body. On the other hands, GLP1RA’s target only a few cells in the body, such as pancreatic beta cells, and some others, suggesting that undesired effects of harmine can be attenuated by combining it with GLP1RA’s.

Regarding tumorigenicity, all regenerative drugs use cellular pathway derived from embryonic development, and these pathways are also “hijacked” in cancers. So this is an important question.

First, tumors have gene mutations that are permanent and irreversible: they cannot be “turned off”, but drug therapies can be given in doses and durations that are safe.

Second, there are many examples of oncogenic or tumorigenic drugs in common use: e.g., estrogens, testosterone, growth hormone. In these cases, the oncogenic risk is attenuated by selecting doses and durations of treatment that avoid oncogenic risk. We presume that future studies in animals and humans will help to define the risk, if any, of the harmine-GLP1RA combination, and will help minimize or eliminate the risk.

MedicalResearch.com: Will the new beta cells be killed by the underlying cause of the diabetes?

Response: For T1D, it is possible that the immune system will attack the new beta cells, but this remains to be seen. There is evidence that DYRK1A inhibitors may have beneficial effects on the abnormal immune system as well. My guess is that these drugs will be good for beta cell regeneration in T1D, but will require additional immunomodulatory drugs to manage the T1D autoimmunity.

Response: Human beta cells can be induced to replicate or regenerate at high rates in a manner that also enhances their function (making insulin), and works both in a lab-based experiments as well as in vivo, in human pancreatic beta cells transplanted into mice.

Response: Human beta cell regenerative therapy can be achieved using a combinations of common drugs. This applies to both T1D and T2D.

Response: We are currently performing longer term safety and efficacy studies to see how long the beneficial effects of the drug combination continue, and if they cause and safety/toxicity issues in organs. We also have synthesized hundreds of next-gen harmine-DYRK1A drugs, and have identified compounds that a far more potent than harmine.

Response: We are extremely grateful to the JDRF for supporting this work over the years.