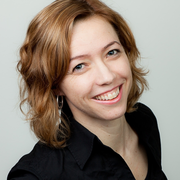 Response: The rising cesarean delivery rates in developed countries are of great concern. Given the many adverse consequences of repeated cesarean deliveries for both mother and child, identifying factors associated with the decision to perform the first cesarean is important.

Growing evidence show that regular exercise during pregnancy is associated with a lower risk of gestational diabetes, preeclampsia and excessive birth weight, all of which are highly correlated with having a cesarean delivery.

Results from previous studies examining the relationship between pregnancy exercise and mode of delivery, are inconsistent. Small sample size, not population-based, reporting crude estimates, and not powered to study cesarean delivery, are common methodological limitations in previous studies.

Response: We observed a non-linear relationship between exercise during pregnancy and risk of cesarean delivery (CD), particularly for acute CD, showing that the risk decreased more rapidly for women at the lower end of the exercise distribution.

Compared to non-exercisers, the largest risk reduction was observed for acute cesarean delivery among women exercising more than five times weekly during pregnancy weeks 17 and 30.

Taking part in high impact exercises such as jogging, running, orienteering, ballgames, netball games and high-impact aerobics in weeks 17 and 30, were associated with the greatest reduction in risk of acute cesarean delivery. These associations were all adjusted for maternal age, prepregnant BMI, education, assisted reproduction, fear of childbirth, and pelvic girdle pain (week 30).

Response: Women who exercise regularly and take part in high impact exercises during their first pregnancy may have a reduced risk of acute cesarean delivery.

Response: If exercise during pregnancy reduced the risk of having a cesarean delivery, future research should focus on possible mechanisms explaining this association.

Response: Women who enter pregnancy with a normal BMI are more likely to exercise during pregnancy, gain less weight, and have a lower risk of developing pregnancy-related complications such as preeclampsia and gestational diabetes, both of which predispose women to elective and acute cesarean delivery. The adjusted effect estimates in our study displayed that prepregnant BMI mitigated the association between pregnancy exercise and acute cesarean delivery, suggesting that the reduced risk was partially explained by a lower BMI in regular exercising women. However, in sub-group analysis of women with uncomplicated pregnancies the risk estimates were virtually unchanged.