Dr. Mahncke earned his PhD at UCSF in the lab where lifelong brain plasticity was discovered. At the request of his academic mentor, he currently leads a global team of more than 400 brain scientists engaged in designing, testing, refining, and validating the computerized brain exercises found in the BrainHQ app from Posit Science, where he serves as CEO.

MedicalResearch.com Tell us what’s important about this new study in people with heart failure?

Response: Heart failure is a common condition that even when properly treated can have adverse long-term health outcomes and high medical costs. Heart failure commonly causes cognitive impairment, which can have devastating effect on patient abilities to engage in self-care, and which contributes to poor clinical outcomes, increased rehospitalizations, and higher mortality rates. What makes these results exciting is that the Emory University researchers discovered that a simple intervention – a fairly modest amount of walking and brain exercise – not only significantly improved a standard measure of cognition, but also significantly improved multiple measures that drive better health outcomes and lower costs. 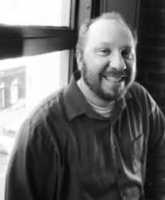 MedicalResearch.com: What is heart failure?

Response: Heart failure – sometimes called congestive heart failure or congestive cardiac failure – is when the heart cannot pump sufficient blood flow to maintain the body’s needs. Common symptoms include excessive tiredness, shortness of breath and swelling particularly in legs. It’s treated with a combination of lifestyle changes, drugs, and devices. An estimated 6.5 million Americans are diagnosed with heart failure, with 960,000 new cases each year, leading some to describe it as reaching epidemic proportions. In older adults, it’s the most common cause of hospital readmissions within 30 days of discharge and among the most costly areas of Medicare expenditures.

MedicalResearch.com: Can you describe in a bit more detail how was the study run and what did the researchers find?

Response: The researchers wanted to know if a simple program of physical and mental exercise could improve cognitive and physical performance (including the ability to manage self-care) in people with heart failure.

These were patients who had already shown some cognitive impairment. The patients had a mean cognitive score on the Montreal Cognitive Assessment (MoCA) of 21, with a range of 13-26. The cut point score associated Mild Cognitive Impairment is 22, and for Alzheimer’s Disease is 16.  On average, participants were aged 61, female (54%), and African American (55%). Most studies in heart failure have been among white men.

The researchers found significant improvements in the Combined Training group, as compared to the Control group, in measures of cognition and self-report of physical abilities, as well as clinically significant gains in an objective test of physical abilities. They also found a clinically meaningful improvement in the Combined Training group in self-management of care. The changes of the Exercise Only group were not significantly different from the Control.

While the researchers emphasized the importance of the gains in self-management for its likely impact on the course of the disease, the 6-Minute Walk Test results might be the most surprising. In that test, scores of 300 meters or less are associated with higher disease burden, higher hospitalization rates, and mortality. A change of 50 meters is clinically significant. These participants were on the cusp of high risk, with an average baseline score of about 340 meters. The Combined Training group had clinically significant improvement of 50 meters; the Exercise group had an improvement that was not clinically significant of 3 meters; and the Control group had a decline of 13 meters.

MedicalResearch.com: What are the implications of these findings?

Response: With a simple, low cost, self-administered intervention, in just three months, patients improved cognition, self-care management abilities, and physical abilities in a disease that typically manifests ongoing decline in all those areas, which are associated with higher costs and more frequent hospitalizations and higher costs. That should be of interest to providers and insurers. We will certainly be sharing these results with the Medicare Advantage plans that already provide BrainHQ, as well as with other interested in better health outcomes and cost savings.

While not measured in this study, a study published earlier this year by Dr. Feng V. Lin and colleagues at the University of Rochester, in patients with Mild Cognitive Impairment, found significant improvement in heart-rate variability from BrainHQ training, It seems that making the brain operate faster and more accurately also affects the autonomic nervous system that controls the body’s autonomic functions, such as regulating how your heart beats.

MedicalResearch.com: What was your involvement in the study?

Response: This was an independent research study run by scientists at Emory University with federal grant funding under a grant from National Institutes of Health, National Institute of Nursing Research. There was no funding provided by our company. I was not directly involved in the study, but we have a scientific collaboration with the scientists who led this work. There are more than 100 studies of the exercises in BrainHQ, and the lion’s share have been run in this manner — by independent university-based investigators who are interested in the implications of plasticity-based brain training on human health and performance.

The information on MedicalResearch.com is provided for educational purposes only, and is in no way intended to diagnose, endorse, cure, or treat any medical or other condition. Always seek the advice of your physician or other qualified health and ask your doctor any questions you may have regarding a medical condition. In addition to all other limitations and disclaimers in this agreement, service provider and its third party providers disclaim any liability or loss in connection with the content provided on this website.