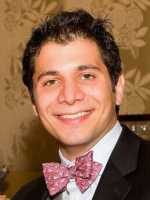 Response: Chronic traumatic encephalopathy (CTE) is a neurodegenerative disease associated with repetitive head impacts. CTE was first described in JAMA in 1928. In the 99 years since, just over 100 cases of CTE have been described in the world’s literature.

This study nearly doubles the number of reported cases of CTE, with 177 cases of CTE in football players. Of note, 110 of the 111 athletes who played in the NFL had CTE. This study represents the largest and the most methodologically rigorous description of a series of patients with CTE ever published. Such a richness of data regarding the clinical and pathological features of CTE has never been previously compiled. As such, this study represents an important advance to the medical literature and an enormous scientific advance in our understanding of  chronic traumatic encephalopathy.

Response: This is not a population-based study and cannot be used to determine how common CTE is in the general population. However, the fact that we have been able to amass 177 instances of CTE in an 8 year period while screening brain donors only for exposure to football, tells us that this disease is not rare amongst individuals with high levels of exposure to repetitive brain trauma. The fact that such a high proportion of the athletes in our cohort had CTE suggests that CTE may be related to prior participation in football.

Response: Utilizing this Brain Bank of individuals diagnosed with CTE, we can now better understand the risks for CTE:  what genes are involved, how age at first exposure or length of playing career affect the disease severity, and whether other exposures (such as alcohol, drugs or steroids) accelerate CTE. This knowledge will help identify novel biomarkers to detect CTE in living people, as well as new treatment strategies for individuals suffering with CTE.

Response: This study is not simply about characterizing these brain donors; this Brain Bank aims to learn as much as possible from individuals who have passed away in order to apply this knowledge to help those living with the disease, and those at risk of developing the disease. I have no disclosures.