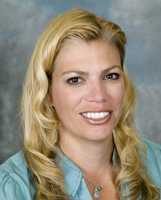 Response: Sudden cardiac death (SCD) in a young athlete is tragic devastating families and communities.  It has been characterized as “rare” by some, however, previous studies have looked at broad age ranges of athletes and used various methods to determine the incidence rate, sometimes only including athletes which have events during school sponsored events.  In addition, many studies only look at sudden cardiac death and do not include sudden cardiac arrest (SCA) where the athlete has a cardiac arrest but is resuscitated and survives. SCA is important to include as ideally we would like to prevent both SCA and SCD in athletes.  In this paper, over 1/3 of all US high school athletes were studied for six years to determine the incidence and the causes of SCA/D.   Media reports were used to identify cases and then autopsies were obtained in those who died.

Response: SCA/D is more common than previously thought.   Males, and in particular male basketball athletes are at highest risk.

Response: Research on incidence in area with MANDATORY reporting needs to be conducted and specialized autopsy with genetic testing should be performed to better define causes of death.

Response: This study highlights the need for more advanced cardiovascular screening in high-risk populations as well as the importance of the availability of automatic external defibrillators and emergency action plans at athletic facilities.