04 Aug Soccer (Football) Given the Risk of Brain Damage, Is Heading the Ball Really Necessary? 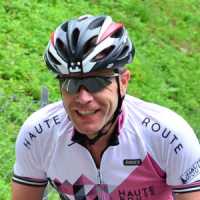 Response: There is concern over the association between participation in contact sports and later life risk of dementia and associated neurodegenerative disease. Much of this comes from observations of a specific form of neurodegenerative pathology – chronic traumatic encephalopathy (CTE)- linked to history of traumatic brain injury (TBI) and repetitive head impacts in autopsy studies of relatively small numbers of former athletes, including boxers and soccer players. Nevertheless, although this brain injury linked pathology is described, surprisingly little is known about what this might mean for later life health, specifically risk of dementia.

In a previous study published from our programme of research looking at “Football’s Influence on Lifelong health and Dementia risk’ (the FIELD Study), we demonstrated that former professional soccer players had an approximately three-and-a-half-fold higher mortality from neurodegenerative disease than matched general population controls. However, these mortality data did not allow us to consider the relationships between varying head injury/impact exposure variables, such as player position and career length, and risk of neurodegenerative disease.

Response: For this current study we looked at electronic health records for hospitalization, drug prescribing information and causes of death to identify neurodegenerative disease diagnoses in a population of around 8,000 former professional soccer players and 23,000  general population controls matched to soccer players by sex, year of birth and area socioeconomic status. Our results show that risk of neurodegenerative disease varied by player position, being highest for defenders, with risk in goalkeepers similar to their controls. Further, risk increased with longer career lengths, but did not vary across the era studied, spanning soccer players born 1910-1969.

Response: These results show that for our cohort of former professional soccer players, risk of neurodegenerative disease is consistent with exposure to a factor (or factors) associated with outfield soccer play. In context of our previous work describing mortality in former soccer players and our and others work in the pathology of dementia in contact sports athletes, these data provide strongest evidence yet that the relationship between contact sport and risk of neurodegenerative disease is associated with exposure to repetitive head impacts (heading in soccer) and TBI.

Response: With publication of this latest research from the FIELD study, the data are now sufficient to support exposure to head impacts/ TBI as the standout risk factor for neurodegenerative disease in contact sports athletes. To date, no other risk factor has emerged as a candidate across these or multiple other studies across numerous research models and sports environments. As such, while research should continue to explore what other factors might contribute to dementia risk in individuals exposed to head impacts/ TBI , the priority in research going forward should be studies directed to mitigating risk both in current athletes, by minimising exposure to head impacts, and in former athletes who have already been exposed to risk.

Response: In context of the research field to date, this current study provides strongest evidence yet of the relationship between contact sport and risk of neurodegenerative disease. Importantly, in contrast to wider, dementias in the community, with an identifiable and potentially avoidable risk factor, CTE and associated TBI-related dementias should be entirely preventable. In theory, through avoidance of repetitive head impacts and TBI in current athletes and better management of brain health in retired athletes, risk of neurodegenerative disease could be eliminated, or at least considerably reduced.

In soccer, the evidence supports risk is associated with heading the ball. As such,  the question must be asked, ‘is heading the ball an absolute requirement for the sport? Or, could the game exist without heading?’