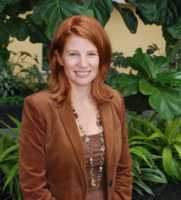 Dr. Grace: Cardiovascular disease (CVD) is the leading cause of morbidity and mortality for women world-wide. Cardiac rehabilitation (CR) is an outpatient secondary prevention program composed of structured exercise and comprehensive education and counseling.Cardiac rehabilitation participation results in lower morbidity and mortality, among other benefits. Unfortunately, women are significantly less likely to adhere to these programs than men.

While the traditional model of Cardiac rehabilitation care is a hospital-based mixed-sex program, women are the minority in such programs, and state that these programs do not meet their care preferences. Two other models of CR care have been developed: hospital-based women-only (sex-specific) and monitored home-based programs. Women’s adherence to these program models is not well known.

Cardiac Rehabilitation for her Heart Event Recovery (CR4HER) was a 3 parallel arm pragmatic randomized controlled trial‎ (RCT) designed to compare women’s program adherence to traditional hospital-based CR with males and females attending (mixed-sex), home-based CR (bi-weekly phone calls), and women-only hospital-based CR. The primary outcome was program adherence operationalized as  Cardiac rehabilitation site-reported percentage of prescribed sessions completed by phone or on-site, as reported by a staff member who was blind to study objectives. The secondary outcomes included functional capacity. It was hoped that by identifying the CR program model which resulted in the greatest adherence for women, their participation and potentially their cardiac outcomes could be optimized.

On average, the women went to just over half the sessions (at the CR centre or on the phone; they were prescribed a median of 24 sessions). If we consider only the women who actually started CR, they attended almost 2/3rds of prescribed CR sessions.

Women experienced gains in their exercise capacity over the course of CR participation. Attending the traditional co-ed program was associated with the greatest exercise capacity. This could be due to the fact that the staff push them to exercise at their target levels when they are in a supervised program.

Dr. Grace: Contrary to our expectations, we found that women adhered to just over half the sessions regardless of which program type they went to. Going to a home program or a women-only program was not so enticing for women that they attended more often. Therefore, clinicians should refer more women to  Cardiac rehabilitation, of any model they prefer, and use evidence-based strategies within programs such as action planning and self-monitoring to promote greater adherence.

Dr. Grace: CR4HER was a seminal trial, as it was the first to address the gap in knowledge about women’s  Cardiac rehabilitation program adherence and functional capacity following use of the 2 most commonly-offered alternative models. The trial was ultimately under-powered; therefore it may be tempting to suggest that the study be replicated, potentially with a longer recruitment period in order to achieve a fulsome sample. However, due to cross-over that was observed post-randomization, it may be more feasible to modify the trial design upon replication. Specifically, it may be more reasonable to conduct a trial with preference arms (i.e., patients with no treatment preference are randomly allocated as usual, but patients expressing a treatment preference are allocated to receive their preferred Cardiac rehabilitation model). In sum, further research is needed on the effects of providing women the choice of program model in promoting greater CR adherence among women.