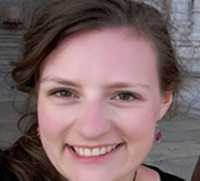 Response: Studies are increasingly investigating ways to influence the length of telomeres (i.e., protective chromosomal caps), with the aim of improving a person’s health and aging trajectory.

There is evidence that telomere length can change faster than previously thought, possibly taking just one to six months of mental or physical training to elongate. However, the broader biological implications of such short-term change in telomere length remain unclear.

Response: Using data from the ReSource Project, we found that naturally-occurring change in telomere length was linked to cortical thickness change in the precuneus extending to the posterior cingulate cortex.

At the same time, we also investigated the effect of nine months mindfulness- and empathy-based mental training on telomere length, and found no change in our large sample of healthy adults.

Response: Across systems, our biological aging appears to change more quickly than we thought. Even short-term changes in telomere length over just three months might reflect general fluctuations in the body’s health- and aging status. We do not yet know, however, whether such short-term changes have any effect on health in the long run.

Response: Future studies should track the change dynamics of telomere length and cortical thickness, as well as health outcomes, in longitudinal population-based studies. We also need to continue to address the question of which measures or behaviors most effectively stop or even reverse telomere shortening, and the biological aging process.

Response: This study was conducted by a team of scientists including Lara Puhlmann and Pascal Vrtička from the Max Planck Institute for Cognitive Brain Sciences in Leipzig together with Elissa Epel from the University of California and Tania Singer from the Social Neuroscience Lab in Berlin as part of Singer’s ReSource Project, which was supported by the European Research Council (ERC).