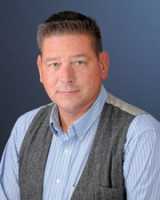 Response: We have studied causal attributions for conditions and problems in society for some time. We noticed that public debate over obesity had increased and new policy proposals were being proposed to address what was deemed as a growing public health problem. As the salience of the issue increased so too did partisan views on the topic.

Based on these observations, we wanted to explore individual beliefs about the causes, or attributions for, obesity. Existing research and theory suggested that Republicans following a conservative philosophy would be more likely to attribute obesity to personal choices, such as eating habits and lack of exercise—in short, putting the locus of control on individuals. Meanwhile liberal leaning Democrats, with a known predisposition to suggest conditions or problems are outside of the control of the individual, would be more likely to attribute obesity to either genetic or other biological factors, or the broader context of widely available low-cost high-fat food sources.

Furthermore, people that do make a genetic attribution are more likely to oppose policies that allow for discrimination against overweight individuals. And proposed government interventions to address obesity, such as regulations on the food industry or taxes on sugary drinks, are opposed both by Republicans and by those that are overweight.

Response: Thus, those hoping to employ new government policy to address a growing population of obese people will find the greatest opposition from those that are overweight as well as Republicans. The one area where policy compromise might be more readily achieved is with policies designed to protect overweight people from discrimination in employment or other areas of life.

Response: Future research should delve more deeply into attributional beliefs about obesity, asking detailed questions about individual beliefs about the degree to which factors such as biology, eating habits, exercise, and environmental forces influence individual weight. With this information researchers could better understand where to target education efforts so that public attitudes are more informed by evidence from medical science. Only when the public can generally agree about the causes of perceived problems will we be able to formulate solutions to address those problems.

This research was funded in part by the University of Kansas. The views reflected within are solely those of the authors.