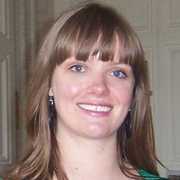 Dr. Lockett: Season of birth has been known for decades to influence a huge range of traits, such as height and lifespan, as well as the risks of diseases such as allergy and schizophrenia. But until now the mechanism for season of birth effects was unknown. This study discovered that epigenetic marks (specifically DNA methylation) on the genome are associated with season of birth in 18-year-olds, suggesting that this could be a mechanism for such long-lasting birth season effects.

Epigenetic marks on the genome are known to both influence gene expression and to change in association with environmental exposures. This study is the first to identify DNA methylation associated with season of birth. This discovery therefore extends our knowledge of environmental exposures that are able to affect the epigenome.

The study also went on to further examine the genes identified to contain birth season-associated DNA methylation. Groups of these genes have functions related to development, cell death and the cell cycle, suggesting that season of birth alters the epigenetic regulation of these processes in particular. There was also suggestive evidence that season-associated DNA methylation could be on the functional pathway to allergic disease outcomes.

Dr. Lockett: Despite showing that season of birth has an effect on DNA methylation, we still do not know which seasonal environmental exposures are the ultimate cause of these marks on the genome. Some suspected exposures that might contribute are seasonal fluctuations in sunlight exposure, the levels of pollen and other allergens, the age at which babies get their first respiratory viral infection, and maternal nutrition during pregnancy and breastfeeding. Future research should examine whether these seasonally varying exposures are associated with epigenetic changes. Research should also further examine the role of DNA methylation in allergic disease, especially as the environment seems to have a sizeable role in allergic disease risk.