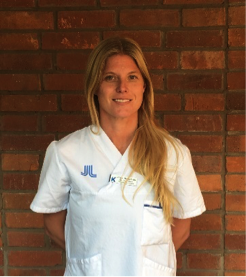 Response: Malignant melanoma of the skin is one of the fastest increasing cancer types in the West.

The main risk factors for melanoma are UV light exposure and hereditary factors. It is therefore relatively common for the afflicted to have family members with the disease. Inherited mutations of the tumour suppressor gene CDKN2A are the strongest known risk factors for familial melanoma and mutations in this gene also increase the risk of other cancers. Children, siblings or parents of mutation carriers have a 50-50 chance of also having the mutation, which can be identified with a gene test.

The present study included Swedish and American families with inherited CDKN2A mutations. The researchers studied whether family members who have not inherited the mutation have any higher than normal risk of developing melanoma or other cancers.

Melanoma, but no other cancers, was more common in the non-carriers in these families compared to the normal population. The phenomenon whereby non-carriers of a specific mutation copy the phenotype (in this case melanoma) from their mutation-carrying relatives is known as phenocopy.

Phenocopy can be caused by other risk-modifying genes or exposure patterns that increase the probability of the specific phenotype manifesting itself. Previous studies have shown that people with the mutation who also have certain pigmentation variants run an even higher risk of melanoma.

Even though the CDKN2A mutation should be present in all populations, it has almost exclusively been identified in families with a Caucasian heritage.This suggests that dark-skinned people with this mutation probably don’t develop melanoma as often and are therefore not tested for this specific mutation, presumably because they lack the risk-modifying pigmentation variants that increase the risk of melanoma. The researchers believe that such pigmentation variants also contribute to a higher melanoma risk in the family members who do not carry the mutation.

Response: Our results suggest that family members that test negatively for their family’s CDKN2A mutation should be informed that they still can have an increased risk of developing melanoma. They should be advised to avoid sunburn, be aware of any change in their moles, and some might even need to be monitored by a dermatologist.

The study was conducted by researchers at Karolinska Institutet and colleagues at Lund University and the USA’s National Institutes of Health (NIH). It was financed from several sources, including the Swedish Cancer Society, the Cancer Research Funds of Radiumhemmet and the NIH. The researchers have declared no potential conflicts of interest.