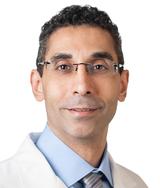 MedicalResearch: What is the basis and background for performing this study?

Dr. Gerami: Most of the existing literature shows that Sentinel Lymph Node Biopsy (SLNB) will identify 25 to 35 percent of patients who will ultimately die of metastatic melanoma. Hence while SLNB is reported to be the strongest predictor of outcome for melanoma, the vast majority of patients who ultimately die of metastatic melanoma have a negative Sentinel Lymph Node Biopsy result. Hence in this study we aimed to determine whether a GEP assay developed by Castle bioscience could be used independently or in conjunction with SLNB to better detect those patients who are at high risk for developing metastatic disease and dying from melanoma.

MedicalResearch: What are the findings of the study?

Dr. Gerami: Our study, which examined the use of a Gene Expression Profile (GEP) assay developed by Castle Biosciences and Sentinel Lymph Node Biopsy alone and in combination in a multi-center cohort of 217 patients, demonstrated that the use of the GEP identified more than 80 percent of patients who develop melanoma

The predictive accuracy of the DecisionDx-Melanoma and SLNB prognostic tools were evaluated individually and in combination to assess primary endpoints of disease-free survival (DFS), distant metastasis free survival (DMFS), and overall survival (OS). Independently, the Gene Expression Profile  and SLNB tests were shown to stratify patients according to their risk (univariate analysis using Cox proportional hazards p<0.0001 for GEP for all endpoints, SLNB for DFS and DMFS; SLNB for OS p=0.0099).

MedicalResearch: What are the conclusions of the study?

Dr. Gerami: Use of the GEP test, both independently and in combination with SLNB will help clinicians identify high-risk SLNB-negative patients with aggressive disease and patients identified as high-risk by conventional parameters who are unlikely to have progression of their disease. Based on data from our study and a prior validation study (published earlier this year in Clinical Cancer Resrearch), this non-invasive GEP prognostic tool could be used to help clinicians more accurately stratify patients as higher versus lower risk. We believe that the use of GEP prognostic testing may identify the majority of patients who are at risk for metastasis.