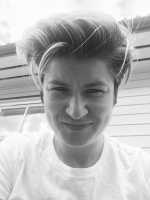 Response: The study is part of the Trondheim Early Secure Study (TESS) conducted at the Department of Psychology, Norwegian University of Science and Technology (NTNU) and NTNU Social Science. The main aim of TESS is to detect risk and protective factors with regards to children’s mental health and well-being. TESS examines multiple factors which may play a role in children`s development.

There is substantial research, based on diathesis-stress theorizing, indicating that some individuals, including children, are more susceptible to the negative effects of contextual adversity than are others. However, according to differential susceptibility theory, such “vulnerable” individuals may also be the ones that benefit the most from positive environmental conditions. Thus, some individuals are more malleable for “better and for worse” to environmental exposures. The article Child exposure to serious life events, COMT, and aggression: Testing differential susceptibility theory was designed to examine if the COMT polymorphism moderated the effect of early-life adversity on aggressive behavior. Thus, we sought to competitively evaluate which model of person X environment interaction best accounted for the anticipated differential effects of life event stress on children’s aggressive behavior.

Response: The main findings of this study indicated that COMT, a gene that instructs the production of the enzyme catechol-O-methyltransferase, which breaks down dopamine, epinephrine, and norepinephrine, moderated the effect of exposure to serious life events on teacher-rated aggression at age four (in the absence of main effects of either COMT or SLEs) in a manner consistent with differential susceptibility rather than diathesis stress thinking: It was not only the case that children carrying two Val alleles evinced greater aggression than other children carrying 1 or 2 Met alleles when they experienced many negative life events, but they also proved less aggressive than these other children when they experienced no negative life events. Thus, Val homozygotes were most developmentally plastic, becoming the most or least aggressive children depending on the quality of their developmental experiences.

Response: Children vary, as a function of their genetic make-up in whether adverse childhood experiences affect their levels of aggression. And those most likely to become aggressive in the face of adverse life circumstances are the same ones most likely to benefit from supportive or even just benign ones. This suggests, as experimental evidence is beginning to indicate, that the therapeutic benefits of intervention will accrue to some more than others. Indeed, children who are aggressive due to growing up under conditions of adversity would seem most likely to become less aggressive when those conditions change, perhaps as a result of clinical support. Therefore, children with aggressive problems may be the ones that especially profits from psychosocial interventions aimed at reducing their aggressiveness.

Response: More attention should be paid to the notion that those most likely to be vulnerable to adversity will also benefit the most from supportive conditions. Experiments should now be conducted to test the derived proposition that Val homozygotes who are aggressive will change more than other aggressive children–and for the better–when treated for their problematic behavior.