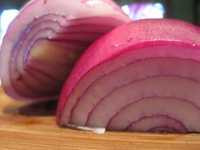 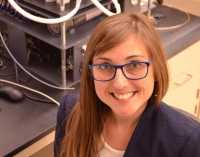 Dr. Casey Trimmer, PhD
Geneticist, was a post-doctoral fellow at the
Monell Center when the research was conducted

Response: We detect odors using 400 different types of sensor proteins, called olfactory receptors, in our noses. An odor molecule activates a specific combination of these receptors, and this pattern of activation gives us information on what we’re smelling–whether its floral or smoky, intense or weak, and how much we like it. However, how the system translates receptor activation to these perceptual features is largely unknown. Here, we take advantage of the extensive genetic variation in the OR gene family to understand the contribution of individual ORs to odor perception. By studying cases where the function of a particular OR is lost, we can examine what kinds of perceptual alterations occur, allowing us to link receptor to odor and understand what kind of information the receptor is encoding.

Data linking genetic variation to perceptual changes exist for only 5 ORs. Here, we examined the perceived intensity and pleasantness of 68 odors in 332 participants. We used next-generation genome sequencing to identify variants in 418 OR genes and conducted a genetic association analysis to relate this variation to differences in odor perception. We then use a cell-based assay to examine receptor function and investigate the mechanisms underlying our associations. Finally, we examined the contribution of single OR genotype, genetic ancestry, age, and gender to variations in odor perception.

Response: We find that genetic variation in a single OR gene was frequently associated with odor perception (13% of 68 tested odors). Using a cell-based assay to examine the effect of genetic variation on receptor function, we increase the number of known cases directly linking OR activation to odorant perception from 6 to 13. For the majority of these cases, a decrease in receptor function was associated with a decrease in the perceived intensity of an odor. We also examined the contribution of other demographic factors (ancestry, age, gender) to differences in odor perception and found that, in combination with the genotype of a single olfactory receptor, these factors can explain between 10 and 20% of the variance in 15 different olfactory phenotypes.

Response: Despite the large number of olfactory receptors and the fact that most odors activate several receptors, losing the function of a single OR had a big impact on the perception of some odors, including 2-ethylfenchol, guaiacol, and bourgeonal.

Response: Our results need to be validated in a second study population. In addition, while single ORs are important contributors to the perception of some odors, methods which consider the interaction of multiple ORs will help us unravel combinatorial coding in the olfactory system.

Response: A major bottleneck in the field is matching olfactory receptors to odors, and, to date, the field has identified ligands for only 50 or so of the 400 ORs. This has been assumed to be because we’re missing a crucial piece of the machinery to express these ORs in in vitro systems. However, here we present data that perceptually relevant ORs are more likely to be functional in cell-based assays. In combination with OR-expression data which indicates that ORs that are functional in vitro are more likely to be expressed in the olfactory epithelium, these data may suggest that not all “intact” ORs are functional, expressed in the OE, and relevant to perception.