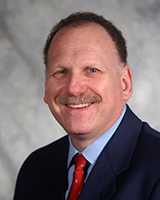 Response: Alcohol consumption and alcohol use disorder (AUD) are moderately heritable traits.  To date, genome-wide association studies (GWAS) have not examined these traits in the same sample, which limits an assessment of the extent to which genetic variation is unique to one or the other or shared.

This GWAS examined a large sample (nearly 275,000 individuals) from the U.S. Veterans Affairs Million Veteran Program (MVP) for whom data on both alcohol consumption and alcohol use disorder diagnoses were available from an electronic health record.  We identified 18 genetic variants that were significantly associated with either alcohol consumption, AUD, or both. Five of the variants were associated with both traits, eight with consumption only, and five with alcohol use disorder only.

Response: Alcohol use disorder is a complex trait, which means that it is due to both genetic and environmental effects and their interaction.  Hundreds, if not thousands, of genetic variants contribute to its risk.  Although heavy drinking is necessary for the development of alcohol use disorder , it is not a sufficient cause of the impaired control over drinking that is a key dimension of the disorder.  That is to say, despite the well known adverse medical, psychological, and social effects of alcohol consumption, individuals who drink heavily may develop alcohol use disorder only if they are genetically at risk of doing so.  Further, the risk appears to involve genes that are expressed predominantly in the brain.

Response: Additional large-scale studies with detailed information on both alcohol consumption and its consequences, including alcohol use disorder , and extensive genotype data are needed to replicate and extend these findings.  Further, focused work is needed to determine the mechanisms by which the genetic variation influences these alcohol-related traits.  This will enable us to develop more effective preventive and treatment strategies for heavy drinking and alcohol use disorder .

Response: Although not directly related to this work, which was supported exclusively by the U.S. Department of Veterans Affairs, I am a member of