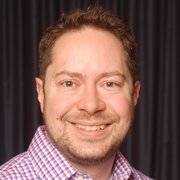 Dr. Schulert: Influenza infection causes millions of illnesses annually, but most of those are relatively mild.  In a subset of cases, patients can become critically ill, even if they are relatively young and healthy.  Several previous reports had observed in these critically ill patients features of a hyperinflammatory syndrome known as HLH (hemophagocytic lymphohistiocytosis) or MAS (macrophage activation syndrome).  This hyperinflammation can be triggered by other infections as well as in a subtype of juvenile arthritis, but there is also a familial form occurring in early childhood with known genetic causes.  Our questions with this study were

Our collaborator Paul Harms, MD, and his team at the Michigan Center for Translational Pathology, University of Michigan Medical School identified 16 cases of fatal H1N1 influenza infection.  Based on their clinical features, between 41-88% of these patients could be categorized as having a hyperinflammatory HLH/MAS.  We then used processed tissue samples from the patients for whole exome genetic sequencing, which reads the entire genetic code of every gene in a person. Five patients carried mutations in genes which cause HLH, and several others carried mutations in genes linked to MAS.  This suggests that there may be genetic risk factors for developing fatal hyperinflammatory syndromes in H1N1 infection.

Dr. Schulert: There are two main things to take away from this report.

First, hyperinflammatory syndromes appear to be very common in fatal H1N1 infection.  Clinicians who are caring for patients with life-threatening H1N1 infection should carefully evaluate them for signs of HLH/MAS, and strongly consider whether they may benefit from immunosuppressive therapy directed at this, along with specific treatment for influenza.

Secondly, this suggests that viruses that cause robust immune responses may be more likely to trigger HLH/MAS in genetically susceptible people.

Dr. Schulert: This study was retrospective and involved a relatively small number of patients. We would first recommend conducting a larger prospective study to determine if genomic testing can predict the course of disease progression during influenza and other types of infections. A major focus of all our labs is to conduct further genomic and biological testing of children with juvenile arthritis to solidify potential links between gene mutations and life-threatening complications such as HLH/MAS.