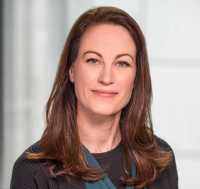 Response: Multiple Endocrine Neoplasia Syndrome Type 2 (MEN2) is an inherited endocrine disorder characterized by the development of pheochromocytoma, medullary thyroid carcinoma (MTC) and parathyroid tumors. It occurs due to activating missense variants in the RET gene.

The estimated prevalence of MEN2 is 1 per 30,000 in the general population. Through a collaboration between The Center for Genomic Health, the Charles Bronfman Institute for Personalized Medicine, and the Division of Endocrinology at Mount Sinai, our aim was to investigate the prevalence and clinical manifestations of pathogenic RET variants in the multi-ethnic BioMe Biobank.

The BioMe Biobank is an electronic health record-linked biobank with exome sequencing data available for more than 30,000 patients recruited across The Mount Sinai Health System.

Response:  Future research should focus on better understanding the penetrance and clinical impact of RET variants. For example, by screening for pathogenic RET variants, we can learn more about the rate and age of onset of MTC, enabling improved surveillance and treatment strategies for MEN2.

Any disclosures:  H. Guzman: None. E.J. Gallagher: None. G.M. Belbin: None. S. Cullina: None. R.S. Haber: None. J. Cho: None. E.E. Kenny: None. N.S. Abul-Husn: Previously employed at Regeneron Pharmaceuticals.