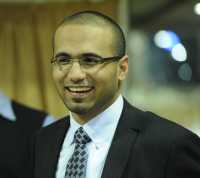 Response: Pemphigus shows an uneven geographic and ethnic distribution. A high incidence of pemphigus was observed in some ethnic groups, namely Ashkenazi Jews and those of Mediterranean origin. This observation has been shown to be strongly related to several HLA-class II genes; HLA-DRB1*04 and HLA-A*10 which have been more frequently found among Ashkenazi Jewish pemphigus patients. We sought to estimate trends in the incidence of pemphigus in northern Israel in the years 2000-2015, in relation to the major ethnic groups who inhabit the same geographic area and exposed to the same environmental elements.

A declining trend in the incidence of pemphigus throughout the last 16 years in northern Israel was observed.

Response: Our findings support a role for genetics in the etiology of pemphigus.

Response: The remarkable difference in the incidences between Jews and Arabs living in the same environment imply the existence of a genetic component in the pathogenesis of pemphigus, and shed light on the importance of conducting genetic studies aiming to identify differences between pemphigus patients from these different ethnic populations.