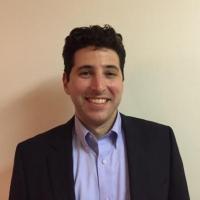 Dr. Belsky: The genome-wide association study
(GWAS) of educational attainment by the Social Science Genetic Association Consortium was the first large-scale genetic investigation of a human social/behavioral trait. Follow-up studies, including studies some of us were involved in, established that the genetic signature uncovered by this GWAS was highly reproducible; people who carried more education-associated alleles completed more schooling—and this was true even when studies compared siblings in the same family. Because getting a good education requires many of the same skills and abilities needed to get ahead in life more generally, we hypothesized that the same genetics that predicted success in schooling would predict success in life.

To ask this question, we designed a study to do three things.
• First, we wanted to test if the genetics of success in schooling would predict social and economic success through midlife (better jobs, salaries, and credit scores, fewer financial problems, etc.).
• Second, if the genetics of educational success did predict broader economic outcomes, we wanted to test how this came about:
o When and how did differences develop between children whose genomes predicted more educational success and children whose genomes predicted less success?
o The goal of this analysis was to try and learn something about pathways to success – pathways that any child could take advantage of, regardless of their genetics.
• Third, we wanted to know what kinds of psychological characteristics linked genetics with behavior. The goal of this analysis was to begin building a bridge between statistical models of the genome and the biological mechanisms that connect DNA sequence with behavior.

Dr. Belsky: There are four major take home points:
(1) Genetic discoveries for educational attainment are not discoveries for education only. The same genetics predict socioeconomic success well beyond the completion of schooling.
(2) Genetic discoveries were associated with social mobility — children with higher polygenic scores tended to achieve more socioeconomic success even if they were born poor.
(3) The psychological characteristics that mediated genetic associations with life outcomes included intelligence, but also self-control and interpersonal skills, for example being friendly.
(4) The pattern of characteristics and behaviors that connects DNA sequence with life outcomes begins early in life and extends through adulthood. Kids with higher polygenic scores started talking and reading earlier, and they had higher IQ scores, more self-control, and were more skilled interpersonally. As they grew into adolescence and adulthood, they were more ambitious, more willing to move away from home in search of opportunity, more successful in attracting better educated and higher earning spouses, and better at managing their money.

Dr. Belsky: Our research speaks to three audiences. To scientists — behavioral/social and genetic — our results highlight the need for interdisciplinary collaborations to untangle genetic influences on human outcomes. We found that children’s genes shaped the environments they grew up in, suggesting that social and behavioral scientists may need to pay more attention to genetics. We also found that genes influenced life outcomes through patterns of behavior that are also affected by environmental circumstances, suggesting that geneticists may need to pay more attention to the social and behavioral sciences.
To policy makers, our research highlights the importance of developing regulations for the use of genetic information. “Precision education” or other tailoring of environments to children’s genomes is not possible with the data we have in hand today. But our findings suggest that such data may someday become available. It is vital to have the conversation about what that might mean and how we will deal with it BEFORE it happens.
Finally, to the general public, our research emphasizes the small effects of known-genetics on important human outcomes. Our findings provide a provocative window into how our genes may shape our lives. But we can make only very weak predictions about how far a child can go in life based on their genes.

Dr. Belsky: Two big questions are “How do children’s environments affect the relationship between their genomes and their outcomes as adults?” and “How may genetics linked to educational success affect adult health and aging?”

Dr. Belsky: I was most surprised to find the very same genetics that predicted better cognitive and social functioning in children were unrelated to their physical health. When we tested if the polygenic score predicted children’s physical health – measured from repeated clinical exams across childhood – we found no association whatsoever.