15 Feb Should Human Genetics Focus on Ancestry Rather Than Race? 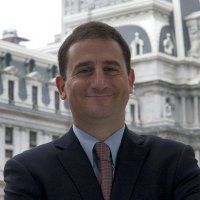 Dr. Yudell: We came together as a group of scholars from the natural sciences, social sciences, and humanities to address what we believe is a long-standing challenge: how to improve the study of human genetic diversity without recapitulating the controversial and problematic concept of race. We believe that the cross-disciplinary focus of our work—an examination of the historical, biological, and sociological aspects of the race concept—can shed new light on the long-standing debate about the use of the race concept in genetics research. We believe modern genetics remains stuck in a paradox: that on the one hand race is a tool to elucidate human genetic diversity, and on the other hand race is believedthree main concerns to be a poorly defined marker of that diversity and an imprecise proxy for the relationship between ancestry and genetics. This paradox is rooted in the nature of the field: it dates back to the evolutionary geneticist Theodosius Dozhansky, who in the 1930s redefined race in his work on what was known as biology’s evolutionary synthesis (the synthesis of population genetics with Darwinian thought). For much of his career, Dobzhansky believed race to be a useful tool to elucidate human genetic diversity. But by the end of his career he became worried that the study of human diversity had “floundered in confusion and misunderstanding” and was concerned over the nonscientific misuse of the term. He, like we and many others in genetics, anthropology, and the social sciences, have called on the field to devise better methods to improve the study of human genetic diversity.

Can the race concept in genetics elucidate the relationship between humans and their evolutionary history, between humans and their health? In the wake of the human genome project the answer seemed to be a pretty resounding “no.” In 2004, for example, Francis Collins, then head of the National Human Genome Research Institute and now Director of the National Institutes of Health called race a “flawed” and “weak” concept and argued that science needed to move beyond race. Yet, as our paper highlights, the use of race persist in genetics, despite voices like Collins, like Craig Venter—leaders in the field of genomics-who have called on the field to move beyond it. They, of course, were not the first to do, but we hope they are among the last. We believe it is time to revisit this century-long debate and bring biologists, social scientists, and scholars from the humanities together in a to find better ways to study the ever-important subject of human diversity.

Medical Research: What are the main concerns about using race as a factor in medical research?

Dr. Yudell: We have three main concerns about using race as a factor in biomedical research.

Dr. Yudell: It is time to find a better way to study human genetic diversity. The use of racial assumptions are problematic at best and harmful at worst as we seek to improve our understanding of the relationship between our genes and our health with the goal of determining the best course of medical treatments. Sickle-cell anemia’s identification as a Black or African disease is a good example of this. Sickle-cell is not, of course, an African-American or African disease, but a disease that runs in higher frequencies in a number of populations globally, including in African-American and African populations. But these are not racial differences. Sickle-cell is a disease that is an evolutionary adaptation to exposure to the disease malaria. You find the sickle cell trait in higher frequencies in regions of Africa because populations there, as they did in other parts of the world, adapted to resist malaria. Sickle-cell appears in other regions of the globe, in other human populations, including populations in the Mediterranean basin, on the Arabian Peninsula, and on the Indian subcontinent where these populations also adapted to resist malaria. So sickle-cell disease is not an African disease and thinking of it in this way can wrongfully associate a particular disease with a particular race and may lead us to ignore sickle-cell symptoms in patients who are not believed to be at risk for it.

Dr. Yudell: We make two proposals in our paper. The first: we call upon journals who publish in areas of research related to human genetics to encourage the use of alternative variables to study human genetic diversity and to rationalize their use. Journals should require scientists publishing in their pages to clearly define how they are using such variables in order to allow scientists to understand and interpret data across studies and would help avoid confusing, inconsistent, and contradictory usage of such terms. This has been tried before, but only in piecemeal fashion. We also recognize that the use of terms changes nothing if the underlying racial thinking remains the same. But we believe that language matters and that the scientific language of race has a considerable influence on how the public understands human diversity.

We prefer concepts like ancestry instead of race in human studies and it is important to distinguish the two. Ancestry is a process-based concept that helps us understand the admixing events that lead to one’s existence. Ancestry is also a statement about an individual’s relationship to other individuals in their genealogical history, thus is a very personal understanding of one’s genomic heritage. Race, on the other hand, is a pattern-based concept that has led scientists and laypersons alike to draw conclusions about hierarchical organization of humans, connecting an individual to a larger preconceived geographically circumscribed or socially constructed group.

Second, we are calling upon the US National Academies of Sciences, Engineering, and Medicine to convene an interdisciplinary panel of experts to help the field improve the study of human genetic diversity. As an honest broker in science policy, the Academies can play a constructive role in bringing together natural scientists, social scientists, and scholars from the humanities to find ways to study human genetic diversity that does not recapitulate the confusion and potential harm that comes with using the race concept.

Taking race out of human genetics

Dr. Michael Yudell (2016). Should Human Genetics Focus on Ancestry Rather Than Race?