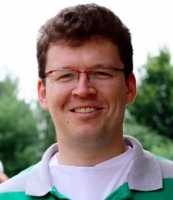 Response: Decoding of human genomes progresses at an enormous speed. Thirteen years after completion of the first human genome reference, we now obtained full genome information for tens of thousands individuals. This number is expected to reach millions in the next few years. Processing this information is a challenge on its own: we learned how to detect small changes such as single nucleotide variants (SNVs), but identification of larger, structural DNA variants (SVs) is far from being perfect.

MedicalResearch.com: WhaWhat are the main findings?

Response: In our study we addressed the identification of structural changes in genomes of 769 individuals sequenced as part of Genome of the Netherlands (GoNL) project. In total we identified 1.9 million multi-base changes. Some of the nine variant types we reported such as complex indels, segmental replacements, mobile element insertions, gene retrotranspositions and new genome segments are rarely investigated in population-based genome sequencing. We showed that these variants are abundant and potentially important, even when they do not directly ‘hit’ a coding part of genome. For example, we showed how mobile element insertions into a non-coding region could not only drive changes in gene expression level, but also alter the structure of the resulting product. Similarly, additional megabases of novel DNA segments that are not present in every person and also missed by genome reference can code for important genes. A good example is a new zinc finger gene we found in half of the studied genomes.

Response: The family-based design of this study, allowed us to put these structural variants on a haplotype-resolved genetic map. We observed that appearance of about two hundred of large variants correlate with presence of polymorphisms that were previously linked to human diseases by genome-wide association studies (GWAS). As it is known that large genome changes typically have larger effect on gene expression, some of them might be the causal variants that influence our disease susceptibilities.

The main message of our study is that structural changes are common, functionally important and, thus, need to be included into analysis of personal genomes. They are not always easy to identify: we used twelve tools representing four different approaches of genome analysis to get good specificity and sensitivity across the whole size range and variant types. Integration of results obtained by different tools is also a very technically challenging task. However, full genome analysis is incomplete without the efforts in discovery and characterization of the structural genomic variants.

Response: The haplotype-resolved panel of structural genome variants that we reported in our study opens new perspectives for the studies of inherited traits in humans. The structural variants described in our study can now be put on the map next to SNVs and tested for their role in human diseases. We showed that, using existing SNV data, one can expect to predict 90-95% of structural variants with low percent of discordant calls, between 1 and 12%, depending on SV type.

The panel that we constructed in our study, can help researches to predict presence of structural variants from data that is readily available as part of GWAS studies. We anticipate that other research groups will use our SV panel for advance our understanding of the role the large genomic changes play in human diseases.