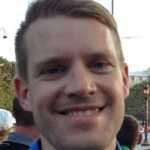 Dr. Kragholm: During 2001-2010 in Denmark, survival to 30 days and 1 year more than doubled. Whether this substantial improvement in survival was accompanied by good functional recovery in survivors was not clear. Discharge neurological status or post-discharge follow-up assessments were not systematically recorded in Denmark but through nationwide registries employment outcomes were available. Therefore, we examined return to work as a marker of favorable neurological outcome in 30-day survivors of out-of-hospital cardiac arrest in a nationwide study in Denmark between 2001-2011.

Dr. Kragholm: More than 75% of all 30-day out-of-hospital survivors in Denmark during 2001-2011 who were employed prior to arrest returned to work

Not only did the majority of these survivors return to work, survivors also sustained work without any long-term sick absences for a median time of 3 years and maintained the same income after arrest as before arrest.

Finally, relative to survivors who did not receive bystander cardiopulmonary resuscitation (CPR), chances for return to work were increased by approximately 40% if bystanders had provided CPR in multivariable adjusted modeling.

Dr. Kragholm: Contrary to a belief that survival and cognitive outcomes following out-of-hospital cardiac arrest are poor, we show that the great majority of survivors of working age who were employed prior to arrest recovered not only to return to work but also to maintain employed to earn the same salary as prior to arrest.

Importantly, more survivors were capable of returning to work if bystanders had provided CPR. In Denmark, CPR courses became mandatory in elementary schools in 2005 and when acquiring a driver’s license in 2006 as well as dispatcher-assisted CPR was introduced at emergency dispatch centers. Healthcare providers and policy makers should set the scene for offering community-based CPR courses as well as dispatcher-assisted guidance of bystanders to perform CPR should be implemented.

Dr. Kragholm: It would be interesting to see results on return to work rates from other sites and countries. Although our findings are very uplifting, return to work is only meaningful to study in survivors of working age. Therefore, together with my research team, we are currently examining other long-term function parameters that can be assessed in all survivors irrespective of their age.
Citation: