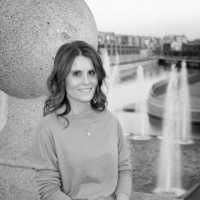 If we look at the results of the ESC Pilot Atrial Fibrillation General Registry1, which included about 3000 consecutive in- and outpatients with AF presenting to cardiologists in nine participating countries in Europe, catheter ablation had previously attempted 7.6% overall, most often in those with paroxysmal AF (15.6%). A further 7.8% were prescribed an ablation as part of their management, which went up to a 19.3% in the case of paroxysmal AFib.

On the other hand, several randomised clinical trials (RCTs) have shown better results of AFib ablation compared to antiarrhythmic drugs (AADs)2-6. However, these studies had a rather small sample size of selected patients, and interventions were undertaken by experienced operators with clearly pre-specified protocols. With rising prevalence of AFib and increasingly available treatment options, it was of utmost importance to have an accurate picture of contemporary AFib ablation and its outcomes which will allow the identification of practice gaps and assist evidence-based guidelines for the management of these patients.

The principal findings of the ESC-EHRA Atrial Fibrillation Ablation Long-Term Registry are:

Response: The ESC-EHRA Atrial Fibrillation Ablation Long-Term Registry shows that, in a real-world setting, catheter ablation is a valid alternative for the management of AFib with a satisfactory success rate on or off AADs. However, this procedure is not exempt of complications (some of them major), something that should be considered carefully by referring physicians and patients and reinforce the need for adherence to guidelines regarding indications and operator/centre experience.

Response: The ESC-EHRA Atrial Fibrillation Ablation Long-Term Registry is a prospective observational study. We specifically avoided making any recommendation in terms of patient selection and use of diagnostic or therapeutic measures. Thus, the information we retrieved provides a true snapshot of current clinical practice across different regions of Europe, Middle East and North Africa. With 3630 patients from 104 centres in 27 countries, it is the largest international prospective registry on indications, patient characteristics, techniques and outcomes of catheter ablation of AFib to date. The amount of data gathered is enormous and we are now undertaking multiple ancillary analyses to understand several relevant issues in relation to AFib ablation: geographical differences, gender- or age-related factors, influence of other comorbidities, technical aspects of the procedure, detailed analysis of post-ablation monitoring and management, health-economic analyses, etc.

In the coming months, we expect to share with the public this detailed information which may help to improve current practices in AFib ablation.