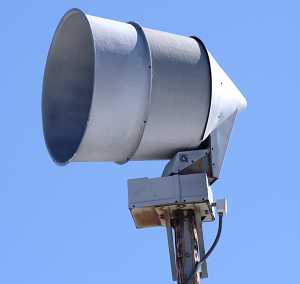 Response: The background for this review is that people more and more acknowledge that noise is not just annoying the people as reported for many years, evidence is growing that chronic noise can cause cardiovascular disease including metabolic disease such as diabetes type II and mental disease such as depression and anxiety disorders and noise impairs as well the cognitive development of children.

More recent studies also provided some insight into the mechanisms underlying noise-induced vascular damage. Noise interrupts communication or sleep and thus is causing annoyance. If this occurs chronically the people develop stress characterized by increased stress hormone levels. If this persists for a long time people develop cardiovascular risk factors on tis own such as diabetes, hypercholesterolemia, one measures an increase of the blood to coagulate and the blood pressure will increase. To this end people will develop cardiovascular disease including coronary artery disease, arterial hypertension, stroke, heart failure an arrhythmia such as atrial fibrillation.

So, there is no doubt that noise makes us sick !

Response: The important point is that we have access to a bunch of scientific tools to study the consequences of noise on vascular function.

We have the Gutenberg Health Study where we address the effects of noise, air pollution and annoyance on vascular function.

We do field studies where we expose healthy humans and patients with established coronary artery disease to aircraft, road and railway noise and measure vascular (endothelial) function before and after noise exposure.

To my knowledge we are the only group using sensitive methods to analyze vascular function by using the flow dependent dilation methodology in combination with methods from the field of sleep research.

Since acute vitamin C administration improves vascular dysfunction induced by noise in healthy volunteers one can conclude that noise-induced the formation of oxidative stress with the vasculature is responsible for that phenomenon. In a recently developed animal model we could also identify the enzyme being involved in this process. Importantly these mechanisms strikingly resemble the mechanisms of traditional risk factors causing cardiovascular disease. Thus, in case one has already a cardiovascular risk factor an acceleration of the atherosclerotic process by noise is expected.

It is also important that we demonstrated that noise levels generated by white noise are much less dangerous that noise created by aircraft. White noise has also been shown to be really effective in therapy sessions too. This is why the best performing white noise machines for therapists are always in demand.

Response: Next we will study to what extent in particular nighttime noise is causing vascular damage. We know from several studies that in particular nighttime noise is causing arterial hypertension, coronary artery disease and heart failure. This phenomenon has been attributed mainly to too short sleep (<6h) of fragmentation of sleep. We will also study the effects of transportation noise (aircraft, railway and road) on production of reactive oxygen species in the brain, mainly the frontal lobe where areas important for learning and memory are located. We are also studying the effects of noise on vascular function in animal models with cardiovascular risk factors including diabetes mellitus, arterial hypertension and hypercholesterolemia. Currently we are also testing whether mean decibel levels or peak decibel levels are more important with respect to vascular damage in patients with established coronary artery disease and the effects of railway noise on vascular function, inflammation and production of reactive oxygen species. With the next few weeks we will start a series of experiments on the combination effects of ultrafine particular matter and noise on vascular function. Thus this topic is in particular interesting since experimental data suggest that noise and particulate matter are causing vascular dysfunction by activating the same damaging enzymes within the vascular wall. I hope that in future politicians will make laws that protect the people from environmental stressors. They have to take into account in particular the new findings concerning noise pollution and cardiovascular disease and to acknowledge noise as a cardiovascular risk factor. It will be a factor that can be influenced by politicians only and not by patients and doctors. With respect to aircraft noise and airports it is important to make new laws and new lower noise limits that protect people living close to airport and not the owners of airports. Citations:

Journal of the American College of Cardiology