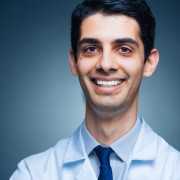 Response: The Affordable Care Act (ACA) led to the largest increase in Medicaid coverage since the beginning of the program. However, a number of states decided not to expand eligibility. Studies of prior smaller expansions in Medicaid, such as in individual states, have suggested evidence of improved outcomes associated with Medicaid expansion. Additionally, studies of Medicaid expansion under the ACA of certain health measures such as access to preventive care and medication adherence have suggested some improvements as well. However, there have been no large, population-level studies to examine whether Medicaid expansion under the ACA led to changes in mortality rates. Given, a high burden of cardiovascular risk factors in the uninsured, we examined whether states that had expanded Medicaid had a change in cardiovascular mortality rates after expansion, compared to states that have not expanded Medicaid.

Response: The main findings of the study were that in the states that expanded Medicaid eligibility, there was a significantly lower mortality rate from cardiovascular causes (4.3 fewer deaths per 100,000 residents per year) compared to if they had followed the same trends as non-expansion states. This translates to roughly 2000 fewer deaths per year from cardiovascular causes, after expansion, in those states. The findings were more prominent in areas of the county that had greater poverty, as well as areas that had a greater expansion in insurance coverage.

Response: This study is the one of the first large studies to suggest that Medicaid expansion was associated with a reduction in cardiovascular mortality. This findings have important implications for health policy debates as many states consider expanding Medicaid or changing existing eligibility criteria.

Response: Longer term analysis of mortality rates is needed to see if Medicaid expansion was associated with even larger differences in mortality rates, or if the association lessens over time. As the ACA was a very complex piece of legislation, which affected many aspects of the health system, understanding the exact mechanisms, beyond just expansion of health insurance, of how it impacted the health of Americans is crucial.