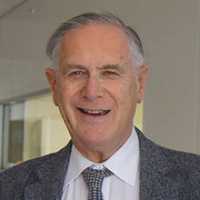 Response:  Atrial fibrillation (AF) describes intermittent or permanent episodes of irregular pulse, due to rapid electrical activity within the atria (filling chambers) of the heart. During AF, the atria quiver, rather than contract, and the response of the ventricles is often rapid, resulting in palpitations and an increased risk of development of heart failure. AF may occur at any age, but is most common in ageing patients (typically over 75 years). The primary importance of AF is that it markedly increases the risk of thrombus formation in the atrium, with the resultant problem that these thrombi may dislodge (embolise), and commonly block arteries in the brain, causing strokes. Hence patients with AF are usually treated with anticoagulants.

Although AF often occurs in patients with prior damage to their hearts and atrial distension, there has been evidence for about the past 8 years that AF also is caused, at least in part, by inflammatory changes: two components have been identified as possible causes for this inflammation: lack of nitric oxide (NO) effect[ NO is  an anti-inflammatory chemical formed by all tissues in the body],  and excess activity of the pro-inflammatory enzyme myeloperoxidase (MPO).  High concentrations of ADMA, which inhibits NO formation, may result from effects of MPO on tissues. SDMA, which is closely related to ADMA, also exerts pro-inflammatory effects and tends to suppress NO formation.

The currently reported study began with the design of the ARISTOTLE trial, an investigation of the (then) novel anticoagulant apixaban as an alternative to warfarin therapy, as a means of preventing strokes in patients with AF. It was elected to perform a substudy to investigate the potential role of ADMA and SDMA as modulators of risk in patients with atrial fibrillation.

This substudy, performed in just over 5000 patients from the ARISTOTLE trial, essentially asked two questions:

(1) There are several indices of stroke risk in patients with atrial fibrillation, such as the CHADS2 score. These all rely on patient characteristics (eg age, presence of diabetes) rather than chemical changes. We postulated that there would be a direct relationship between clinically based risk scores and ADMA/SDMA concentrations.

ADMA/SDMA concentrations were determined in Adelaide, Australia, while statistical analyses were performed in Uppsala, Sweden.

(1)  ADMA and SDMA levels were directly related to CHADS2 scores, therefore suggesting that these scores relied in part on indirect estimation of integrity of NO signaling.

(2) More importantly, measurement of ADMA and SDMA concentrations had INCREMENTAL value regarding prediction of major adverse events in the ARISTOTLE patient cohort:

(b) SDMA concentrations strongly predicted both major bleeding and death.

Overall, incorporating ADMA and SDMA levels into the best clinical models improved their efficacy  to predict both stroke and death in individual patients.

Response:  The current results have both mechanistic and clinical implications. They suggest that lack of NO effect, inflammatory activation and probably MPO release all play a part in the risk of complications in atrial fibrillation patients, not just the onset of atrial fibrillation.

Clinically, incorporation of ADMA and SDMA concentrations into routine blood tests for patients with atrial fibrillation may be utilized to expedite treatment decisions in some borderline cases, for example by better assessing risk of major bleeding or of death.

Response:   This study has highlighted the pathophysiological importance of SDMA, which has been less studied , compared to ADMA, in the past. It is important that efforts be directed to evaluating the precise mechanisms of interaction with inflammatory processes and initiation of hemorrhage.

It is also important that the practical utility of these findings be evaluated in ongoing, registry-based studies, in order to confirm the clinical utility of routine performance of these assays.

Disclosures: This substudy was performed in association with the overall ARISTOTLE protocol. The study sponsors paid for the assays of ADMA and SDMA.