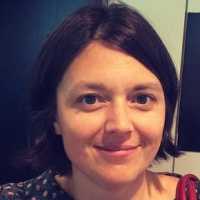 17 Sep Some Adults Without Heart Disease May Benefit From Aspirin

Response: For people who have already had a cardiovascular event, the benefits of aspirin generally outweigh its harms but the balance of benefits and risks is unclear in primary prevention. It was hoped that the results of three major trials published last year would determine whether or not aspirin had a role in the primary prevention of cardiovascular disease (CVD) among people at intermediate risk of CVD, but these trials recruited participants at lower CVD risk than expected. An updated meta-analysis of aspirin for the primary prevention of CVD, which incorporated the findings from these three trials, has confirmed that aspirin reduces the relative risk of CVD and increases the relative risk of bleeding.

We investigated, using an individualized assessment of the absolute cardiovascular benefits of aspirin and its bleeding harms among New Zealand adults aged 30-79 years without established CVD who had their CVD risk assessed in primary care between 2012 and 2016, whether there are individuals without established CVD for whom the absolute cardiovascular benefits of aspirin are likely to outweigh its absolute bleeding harms.

Response: There are individuals without CVD for whom aspirin is likely to result in net benefit. It would be difficult to identify these people based on a threshold of CVD risk (above which net benefit from aspirin is likely) or bleeding risk (above which net harm from aspirin is likely), given the considerable range in pre-treatment CVD and bleeding risks among people in whom net benefit (and net harm) were likely. Instead, identification of individuals likely to benefit from aspirin for the primary prevention of CVD requires a personalised assessment of the benefits (number of CVD events avoided) and harms (number of major bleeds caused) of aspirin.

We have developed a web-based calculator (https://aspirinbenefitharmcalculator.shinyapps.io/calculator/) that provides physicians with individualised estimates of the benefits and harms of aspirin for New Zealand patients. This calculator can be used to support physicians in their discussions with patients who will ultimately need to decide whether or not to take aspirin for the primary prevention of CVD.

Response: Similar calculators could be developed for non-New Zealand populations, but would require both prognostic CVD and bleeding risk equations suitable for use in those populations.

Response: The limitations of this study are that there is uncertainty in the risk scores and effect estimates; the effects of aspirin on cancer outcomes were not considered; and the applicability to non-New Zealand populations was not assessed.