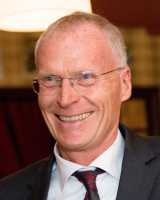 Dr. Marschall: Intrahepatic cholestasis of pregnancy, or ICP, is the most common liver disease during pregnancy, affecting 1.5% of all pregnancies in Sweden. ICP is characterized by otherwise unexplained pruritus with elevated bile acids and/or transaminases in the late second and third trimester of pregnancy. It is well established that ICP is associated with risks for the unborn child, in particular preterm delivery, but also stillbirth.

In contrast, for the mother, ICP has for a long time only been considered as an annoying but not serious condition that spontaneously resolves after delivery.

However, ICP obviously is not such a benign condition for the mother: We have recently shown that women with ICP have a 3- to 5-times increased risk of hepatobiliary diseases, such as hepatitis C, cirrhosis and gallstones. Here we extended our study to investigate the association between ICP and later cancer, diabetes mellitus and other autoimmune-mediated diseases, and cardiovascular diseases.

Dr. Marschall: Our study showed that women with ICP were at about 25% increased risk to be later diagnosed with immune-mediated diseases, in particular diabetes mellitus and Crohn’s disease but not ulcerative colitis. There was also a small increased risk of later cardiovascular disease, in particular if the woman with ICP also suffered from preeclampsia.

Most important were the data on the risk of later malignancy: We found a 2.5-times higher risk for cancer in the biliary tree and even a 3.5-times increased risk of liver cancer. Even after adjusting for a diagnosis of hepatitis C, which is very strongly associated with liver cancer, more than 30-times, women with ICP were still at 2.5-times increased risk of later liver malignancy.

Dr. Marschall: First of all, we again strongly advocate testing pregnant women with pruritus for hepatitis C, and of course, treatment if positive. Then we also strongly recommend a follow-up of liver function tests 6-12 weeks after delivery in all women with ICP, with and without persisting pruritus, and if liver enzymes are elevated, further evaluation by a hepatologist.

Dr. Marschall: Future research should focus on the interaction between hepatitis C virus and elevated gestational hormones in late pregnancy. One might speculate on impaired uptake or excretion causing the ICP phenotype with pruritus and elevated bile acids.