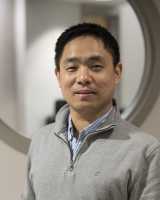 Dr. Wang: Esophageal cancer is the eighth most frequent tumor and sixth leading cause of cancer death worldwide, characterized by rapid development and poor prognosis, including high mortality. Whereas the majority of cases occur in Asia, particularly in central China, recent data suggest that the frequency of new cases is rising in Western Europe and the USA. Mounting evidence suggests a causal relationship between specific bacterial infections and the development of certain malignancies. However, the possible role of the keystone periodontal pathogen, Porphyromonas gingivalis, in esophageal squamous cell carcinoma (ESCC) was unknown before our study. We found P. gingivalis infects epithelium of cancerous tissues up to 61%, as compared with 12% of adjacent tissues and non-infected in normal esophageal mucosa. A similar distribution of lysine-specific gingipain, a catalytic endoprotease uniquely secreted by P. gingivalis, and P. gingivalis DNA was observed. Moreover, we found infection of P. gingivalis was positively associated with the multiple clinicopathologic characteristics, including differentiation status, metastasis, and overall survival rate.

Dr. Wang: These findings provide the first direct evidence that infection could be a novel risk factor for ESCC, and may also serve as a prognostic biomarker for this type of cancer. It is too early to say that good oral health or a therapeutic approach could eradicate this common oral pathogen and contribute to a reduction in the overall esophageal cancer risk. First, our findings need to be replicated by an independent group of scientists after which preventative and mechanistic studies can be considered.

Dr. Wang: In our current study, we have not established a cause and effect relationship between infection with P. gingivalis and the onset or progress of esophageal cancer. Moreover, how P. gingivalis, or other bacteria, are involved in the behavior of cancer cells remains unknown.

In this study, there are at least two plausible explanations for the phenomenon we observed.