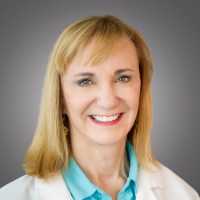 Dr. Tuomanen: While investigating mechanisms of brain repair during infection in a mouse model system, we found that components from the surfaces of bacteria could traffic from the mother to the fetus. The bacterial components moved across the placenta and into the fetal brain. To our surprise, the fetal brain did not respond with neuronal death like we see in children with meningitis. Rather, fetal neurons proliferated. This response involved the innate immune system (TLR2) inducing the neuronal transcription factor, FoxG1, which is known to drive proliferation. The newly born neurons migrated appropriately to the cortical plate, the area on the surface of the fetal brain that forms the cortex, a major part of the adult brain. Although the neurons moved to the right place in the brain, there were too many and they crowded together in the cortex, changing the architecture of the brain. At birth, affected mice seemed to have no abnormalities. However, when we tested if this change in architecture would affect brain function after birth, mice were shown to progressively develop defects in learning, memory and other cognitive functions. This indicates there is a window during pregnancy where components of bacteria from the mother can change fetal brain architecture and subsequent postnatal behavior

Dr. Tuomanen: In humans, there is a known correlation between infection in pregnancy and behavioral disorders after birth, but there is no clear understanding of why. This study suggests a mechanism in which a pregnant mother with a bacterial infection can be a source of signals that change her baby’s brain architecture and its subsequent functional capacity. An example of this would be the treatment of infection in a pregnant woman using the common classes of antibiotics that kill bacteria by releasing these signaling components (e.g. beta lactam antibiotics). We modeled this in mice and found that treatment of maternal infection with ampicillin, which explodes bacteria into signaling pieces, induced abnormal brain architecture in the fetus and behavioral deficits in the newborn pups. At this point, we don’t know if this applies to humans.

Dr. Tuomanen: Many questions need to be answered for this new area of maternal-fetal medicine. What kinds and timing of bacterial infection in pregnancy lead to changes in the fetal brain? Are other parts of the brain also affected? Can we block this effect? What are the implications for use of antibiotics in pregnancy? Can examination of outcomes in cohorts of pregnant women link antibiotic treatment of infection to increased incidence of behavioral disorders. Recent links between increased FoxG1 and autism raise the possibility that the mechanisms we have uncovered might relate to this behavioral disorder.