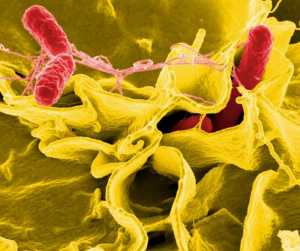 MedicalResearch.com: Who is IFSAC?

Response: Each year in the United States an estimated 9 million people get sick, 56,000 are hospitalized, and 1,300 die of foodborne disease caused by known pathogens. These estimates help us understand the scope of this public health problem.  However, to develop effective prevention measures, we need to understand the types of foods contributing to the problem.

Previously, IFSAC developed foodborne illness source attribution estimates for 2012, based on a new method. The estimates used outbreak data from 1998 through 2012 for four priority pathogens, Salmonella, Escherichia coli O157, Listeria monocytogenes (Lm), and Campylobacter.  IFSAC described this method and the estimates for 2012 in a report and at a public meeting.

For this latest report, IFSAC derived the estimates for 2013 using the same method used for the 2012 estimates, with some modifications, such as removing Dairy from the attribution for Campylobacter. The data came from 1,043 foodborne disease outbreaks that occurred from 1998 through 2013 and for which each confirmed or suspected implicated food fell into a single food category.  The method relies most heavily on the most recent five years of outbreak data (2009–2013). Foods are categorized using a published scheme IFSAC created to classify foods into 17 categories that closely align with the U.S. food regulatory agencies’ classification needs.

Response: The report (based on outbreak data from 1998 through 2013) found that:

Salmonella illnesses came from a wide variety of foods.

More than 75% of illnesses were linked to vegetable row crops and beef.

Listeria monocytogenes illnesses were most often linked to fruits and dairy products.

More than 75% of illnesses were attributed to fruits and dairy products, but the rarity of Listeria monocytogenes outbreaks makes these estimates less reliable than those for other pathogens.

Non-Dairy Campylobacter illnesses were most often linked to chicken.

Almost 80% of non-Dairy foodborne illnesses were attributed to chicken, other seafood (such as shellfish), seeded vegetables, vegetable row crops, and other meat/poultry (such as lamb or duck).  An attribution percentage for Dairy is not included because, among other reasons, most foodborne Campylobacter outbreaks were associated with unpasteurized milk, which is not widely consumed, and we think these over-represent Dairy as a source of Campylobacter illness. Moreover, an analysis of 38 case-control studies of sporadic campylobacteriosis found a much smaller percentage of illnesses attributable to consumption of raw milk than chicken.  Removing Dairy illnesses from the calculations highlights important sources of illness from widely consumed foods, such as Chicken.

The 2012 and 2013 estimates achieve IFSAC’s goals of using improved methods to develop estimates of foodborne illness source attribution for priority pathogens and of achieving consensus that these are the best current estimates for CDC, FDA, and USDA/FSIS to use in their food safety activities.  These estimates can also help scientists; federal, state, and local policy-makers; the food industry; consumer advocacy groups; and the public assess whether prevention measures are working.

Response: As more data become available and methods evolve, attribution estimates may improve. Identifying the most common food sources responsible for specific foodborne illnesses will enhance IFSAC’s efforts to inform and engage stakeholders, and further their ability to assess whether prevention measures are working.  IFSAC continues to enhance attribution efforts by working on projects that address limitations identified in this report, including further exploration of Campylobacter illnesses and inclusion of foods with ingredients assigned to more than one food category into attribution estimates.

Response: These estimates should not be interpreted as suggesting that all foods in a category are equally likely to transmit pathogens. Caution should also be exercised when comparing estimates across years, as a decrease in a percentage may result, not from a decrease in the number of illnesses attributed to that food, but from an increase in illnesses attributed to another food.  The analyses show relative changes in percentage, not absolute changes in attribution to a specific food.  Therefore, we advise using these results with other scientific data for decision-making.