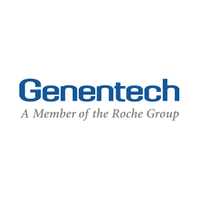 Dr. Eisner discusses the announcement that the FDA has approved XOFLUZA™ (baloxavir marboxil) for the treatment of acute, uncomplicated influenza.

MedicalResearch.com: What is the background for this announcement?

Response: Each year, an estimated 3-11 percent of the U.S. population gets the flu, and it can be very serious, resulting in hospitalization or even death. Since 2010, the Centers for Disease Control and Prevention (CDC) estimates that the flu has resulted annually in 9.2 to 35.6 million illnesses, 140,000 to 900,000 hospitalizations and 12,000 to 80,000 deaths. The severity of last year’s flu season underscores the need for new medical options beyond currently available antivirals.

MedicalResearch.com: What are the main findings of the CAPSTONE-1 study?

Response: XOFLUZA was approved based on results from the Phase III CAPSTONE-1 study of a single dose of XOFLUZA compared with placebo or oseltamivir 75 mg, twice daily for five days, in otherwise healthy people with the flu, as well as results from a placebo-controlled Phase II study in otherwise healthy people with the flu. CAPSTONE-1 was a Phase III multicenter, randomized, double-blind, placebo-controlled study that evaluated the efficacy and safety of XOFLUZA in 1,436 people 12-64 years of age in the United States and Japan.

XOFLUZA met its primary endpoint of time to alleviation of symptoms, significantly reducing the duration of flu symptoms by more than one day compared to placebo (median time 54 hours versus 80 hours; p<0.001). Similar efficacy results were seen between XOFLUZA and oseltamivir in relation to duration of symptoms (median time 54 hours versus 54 hours). The most common adverse events reported were diarrhea (3.0 percent), bronchitis (2.6 percent), nausea (1.3 percent) and sinusitis (1.1 percent), and all of these adverse events occurred at a lower frequency than placebo.

MedicalResearch.com: How does XOFLUZA™ differ from Tamiflu or other treatments for flu?

Response: XOFLUZA is a first-in-class, single-dose oral medicine with a novel proposed mechanism of action that blocks an enzyme within the flu virus, stopping viral replication early in the influenza lifecycle. Tamiflu is an oral neuraminidase inhibitor (NAI) taken twice daily for five days. Tamiflu acts by stopping influenza virus release from cells in the body where the virus multiplies. Neuraminidase inhibitors block the viral lifecycle at a late stage, preventing the release of new viral particles from the host cell.

XOFLUZA is the first and only single-dose oral medicine approved to treat the flu, and the first new flu medicine with a novel proposed mechanism of action approved in nearly 20 years. With XOFLUZA, patients now have a convenient treatment option that reduces flu symptoms by more than a day with a single oral dose.

MedicalResearch.com: What influenza viruses can be treated with XOFLUZA™?

Response: XOFLUZA has demonstrated efficacy against a wide range of influenza viruses, including oseltamivir-resistant strains and avian strains (H7N9, H5N1) in non-clinical studies.

MedicalResearch.com: Will XOFLUZA™ be available for the coming flu season?

Response: Yes, XOFLUZA will be available across the U.S. in the coming weeks.

Response: The severity of the 2017-2018 flu season underscores the need for new medical options beyond vaccines and currently available antivirals.

XOFLUZA will be further studied in a Phase III development program including pediatric populations, post-exposure prophylaxis and severely ill hospitalized patients with influenza, as well as to assess the potential to reduce transmission in otherwise healthy people.