30 Dec When Not Mandatory, Many Resident Physicians Did Not Get Flu Vaccine 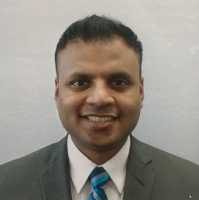 Response: Resident physicians (RPs) were defined to be all individuals enrolled in a graduate medical education training program in a healthcare setting. There were 611 resident physicians enrolled in 47 post-graduate residency and fellowship programs at RU-NJMS during the 2013-2014 academic year. Influenza immunization was strongly recommended, but not mandatory for Resident physicians during 2013-2014. A link to the online survey using a standardized, anonymous, self-administered questionnaire was emailed by the program-chiefs to their respective RPs to collect demographic characteristics, influenza immunization status during the 2013-2014 and the previous season, and reasons for non-vaccination.

Response: The overall self-reported immunization rate of  Resident physicians in 2013-2014 was 76.7%. The immunization rate did not differ by the location of medical school attended (P= 0.55) or sex (P= 0.69). Among the respondents, 95.8% had influenza vaccination in the past and 83.1% received influenza vaccine during 2012-2013 flu season. History of influenza vaccination ever and in 2012-2013 were both significantly associated with receiving the vaccine during the 2013-2014 season (P<0.01 for both). The most common reason for not being vaccinated (38.6%) was “lack of time to get immunized” (see Figure 1). The most common cited motivating factors to be vaccinated during the next influenza season among the NVRPs were “making vaccinations in the workplace at convenient locations and times” (43.2%), “availability of mobile flu vaccination carts in hospital floors” (40.9%), and “establishing mandatory flu vaccination for employment” (36.4%).

Response: Immunization is considered a primary method of reducing the burden of seasonal influenza.  Historically,  Resident physicians are underrepresented in studies of influenza vaccination among health care workers, with only a small number of studies published recently. In these, the immunization rate among RPs in the United States ranged from 24% to 99%. Also lacking are data regarding attitudes toward influenza vaccination and predictors for vaccination. Our findings indicate that “lack of time to get immunized” was the most frequently cited reason for non-vaccination followed by “inconvenience of accessing vaccine program”. Making vaccinations available in training hospitals and at convenient locations and times that take into account varying RP work schedules were found to be the most cited motivating factors for future vaccination among non-vaccinated RPs. Simplifying the vaccination process, such as making mobile units available throughout the day, should be considered to save resident physicians’ time. Such measures are more likely to be effective when applied in a multi-faceted approach. In addition, instituting a mandatory influenza vaccine policy was felt to be a strong motivator for future vaccination by respondents in our study. Our study also showed a statistically significant relationship between influenza vaccination during the 2013-2014 season and the immunization status of the previous flu season. This suggests that prior influenza immunization may be a reliable predictor of influenza vaccination in the future, though annual reinforcement of the need for immunization is essential.

Mubdiul Ali Imtiaz, MD (2015). When Not Mandatory, Many Resident Physicians Did Not Get Flu Vaccine