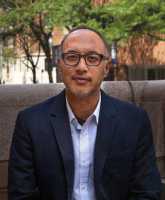 Response: In 2005 a major outbreak of extensively drug-resistant tuberculosis (XDR-TB) causing over 90% mortality was reported in rural town of Tugela Ferry, KwaZulu-Natal, South Africa. The strain that caused the outbreak was resistant to all first and most second line antibiotics. This strain has since been recovered throughout the district and accounts for over 79% of all XDR-TB. We were interested in understanding the basic epidemiological and evolutionary forces that enabled this strain to proliferate. More simply, when and where this strain emerged, and how and why it became dominant.

Response: For this study we used whole genomic sequencing data coupled with population genetics, spatial and protein modeling. We found that this strain (XDR LAM4/KZN), emerged in the early 1990s approximately 12 years before the 2005 outbreak and in a rural district 400km away from Tugela Ferry. This district is characterized by already high rates of drug resistant TB, HIV and poor TB control infrastructure.  This strain acquired unique set of pathoadaptive mutations, rendering the organisms highly resistant to a key antibiotic (Rifampin) and fit to proliferate via compensatory evolution.

After emergence, the strain expanded significantly concurrent with the HIV epidemic. Ultimately, the strain was able to spread via cyclical rural-urban migration patterns. Taken together, or results suggest that a complex interplay of factors involving environmental (poor TB control), host (HIV) and pathogen (pathoadaptive evolution) as key drivers of this epidemic. Importantly, our results suggest that these processes were occurring well before the problem was detected (“pre-detection” period)- as such, making control activities difficult and less effective. We suggest that genomic pathogen surveillance will be critical for early identification and containment of future drug resistant epidemics.

Response: We are losing the general fight against drug resistant pathogens. We suggest a major reason is that the processes that make a drug resistant pathogen epidemic is multifactorial and importantly occurs months to years prior to when they are first detected by public health. This delay renders control difficult and less effective, particularly when pathogens are circulating in the community and spread across wide geographic spaces.

Response: We should be conducting further work on operationalizing genomic data for real time surveillance and utilizing a systems approach to understanding how epidemic strains are born and dispersed.