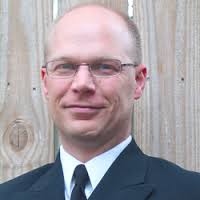 Dr. Kirkcaldy: Gonorrhea is a common sexually transmitted disease that, if untreated, can cause severe reproductive health complications. While gonorrhea is very common, it is often symptomless and many may not realize they have it. 333,004 cases were diagnosed in 2013, but more than 820,000 are estimated to occur annually. Because antibiotic resistance has jeopardized treatment for gonorrhea, CDC’s Gonoccocal Isolate Surveillance Project (GISP) monitors antimicrobial susceptibility and tracks patterns of resistance among antibiotics currently used to treat gonorrhea. From 2006-2009, susceptibility to the oral cephalosporin antibiotic cefixime declined in GISP, threatening the effectiveness of this drug. Continued use of cefixime in the face of declining susceptibility could theoretically foster broad resistance to the cephalosporin class (including ceftriaxone, the last treatment option). So in 2012,  CDC changed its treatment recommendations to recommend only dual gonorrhea treatment with injectable ceftriaxone plus oral azithromycin.

The most recent data from GISP analyzed urethral gonorrhea samples of men from STD clinics in 34 cities from 2006-2014 and found resistance to cefixime increased in 2014 after two years of dramatic decreases. While CDC’s STD Treatment Guidelines suggest cefixime should only be considered as an alternative treatment for gonorrhea when ceftriaxone is not available, trends of cefixime susceptibility have historically been a precursor to trends in ceftriaxone so it’s important to continue monitoring cefixime to be able to anticipate what might happen with other drugs in the future. GISP data also found that resistance remained stable for ceftriaxone and resistance levels remain highest among men who have sex with men (MSM).

We’re concerned about the increase in resistance for cefixime; however, more years of data are needed to know if the 2014 increase is the beginning of a new trend.

Dr. Kirkcaldy: This new data indicates we’ve made headway in preserving the last gonorrhea treatment option, but recent increases in cefixime resistance show our work is far from over. While gonorrhea is still treatable in the U.S., adherence to current treatment guidelines and continued monitoring is essential to preserve the last option for as long as possible. Physicians and other healthcare providers, who are on the front lines in the fight against gonorrhea, play a critical role in our response. CDC encourages all providers to screen those at risk and treat according to CDC’s STD Treatment Guidelines, make every effort to evaluate and treat all patients’ sex partners from the previous 60 days, obtain cultures to test for antibiotic resistance from any patients with suspected or documented gonorrhea treatment failures, and report any suspected treatment failure to local or state public health officials within 24 hours

Specific actions sexually active individuals can take include getting screened according to CDC’s recommendation, using condoms consistently and correctly, and if infected – getting treated right away to fully cure the infection and making sure that all recent sexual partners are tested and treated. CDC recommends an annual gonorrhea screening for high-risk sexually active women and for sexually active gay, bisexual, and other men who have sex with men.

Dr. Kirkcaldy: The increased prevalence of reduced cefixime susceptibility in 2014 highlights the need to maintain surveillance and continue investigating new potential drugs.  As part of its broader Antibiotic Resistance Initiative to address the threat of drug-resistance bacteria, CDC is working to track patterns of resistance and supporting efforts to research new treatment options. Research is needed for new diagnostic tests, such as molecular tests for resistance. New approaches to gonorrhea prevention, such as a vaccine to prevent gonorrhea, are also needed.